Reducing cost of governance: Beyond the thetoric

It has become critical for the Federal Government to stop paying lip service to the problem of high cost of governance in the country and confront it squarely, writes ONYEDIKA AGBEDO

The call for a drastic reduction in the cost of governance by the Speaker of the House of Representatives, Femi Gbajabiamila, last Thursday, did not come as a surprise to many Nigerians. The outbreak of the Coronavirus (COVID-19) has had a huge negative impact on the country’s revenue, leaving the government in dire need of cutting costs and stabilising the economy. 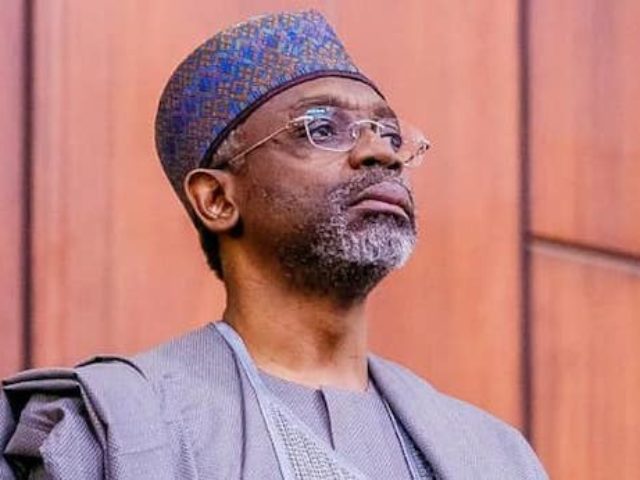 It could be recalled that President Muhammadu Buhari, in June this year, approved the implementation of the report of the Rationalisation and Restructuring of Federal Government Parastatals, Commissions and Agencies, commonly referred to as the Oronsaye Committee, which recommended the merger, conversion and scrapping of many agencies.

The committee, inaugurated by former president Goodluck Jonathan in 2011, recommended the scrapping of 102 Federal Government statutory agencies from the present 263, the abolition of 38 agencies, merger of 52 and reversion of 14 to mere departments in some ministries.

“In the face of dwindling resources and rising cost of governance, I have authorised that the white paper on the rationalisation of government parastatals and agencies be reviewed for implementation,” said the President during his broadcast to mark this year’s Democracy Day.

On his part, Gbajabiamila, while speaking at the commencement of Medium Term Expenditure Framework (MTEF) and Fiscal Strategy Paper (FSP) revenue considerations with revenue-generating agencies organised by the House Committee on Finance in Abuja, noted: “We have a responsibility to act with urgent determination to build the infrastructure of opportunity that is required to lift millions of our fellow citizens out of poverty.

“We recognise that we cannot accomplish these objectives using loans and outside financing alone. Therefore, we need to impose deep cuts in the cost of governance and improve internal revenue generation and collection so that we can free up resources that can then be deployed to fund policy initiatives that will enhance the lives of our people,” he said.

It is therefore confusing that highly placed government functionaries who have realised that high cost of governance deprives the country revenues that could be channeled into developmental initiatives, find it difficult to treat the issue with despatch.

A public affairs analyst, Mr. Jide Ojo, told The Guardian that the issue has remained rhetoric because those in positions of authority lack the political will to deal with the problem.

His words: “The problem is the lack of political will. Those of them who are saying that we need to reduce the cost of governance are themselves not interested in cutting it.

“Some months back, there was a suggestion by Senator Rochas Okorocha for a reduction in the number of senators. He suggested that there should be two senators per state and that there should not be more than three House of Representatives members from each state to drastically cut the cost of governance.

“Governor Kayode Fayemi also took a similar position. He even added that we should go back to the parliamentary system of government, as it will be less expensive for the country.

“But what has happened after that? Look at the presidential air fleet. The president is still having more than six aircraft in his convoy. We all know that this should have been reduced to a maximum of three. From about a dozen that he inherited from the Goodluck Jonathan administration, I think they gave the Airforce two and sold two. But do we need that many?

“Look at even what was budgeted for the president and the vice for travelling in the 2020 budget. It is about N3 billion. We can’t pretend that we don’t know that this is on the high side.”

Ojo urged the president to sponsor a bill to the National Assembly towards cutting down the cost of governance if he really wants to deal with the issue.

“Why can’t the president sponsor a bill to say that we don’t need more than 15 cabinet members? The U.S. has only 15 secretaries (equivalent to our ministers) that run a country of over 250 million people. Besides, if the Section 147 of the Nigerian Constitution provides that there must be a minister from each of the 36 states of the federation, should the president not be having a maximum of 36 ministers? In 2015, he had 36 but now he has 43. What is he doing with 43? What value addition has that brought to our economy?” he added.

Ojo urged the president and other political leaders to take a cue from a country like Senegal, which abolished their Senate to save costs.

“So, there are different ways to reduce the cost of governance but the solutions they have been proffering are cosmetic. The legislative and the executive arms of government must look inwards and have a very good conversation on whether we can sustain our cost of governance,” he noted.

To a former President of Aka Ikenga, an association of Igbo professionals, Chief Goddy Uwazurike, urgent steps must be taken towards reducing the number of Federal Government agencies and paratatals.

“Now, if you talk about the president, there are up to 100 government parastatals under the Presidency. Each of them has a chairman and directors and they are doing the same thing.

“Let me give you a practical example. The Nigeria Police Force, by the constitution, is empowered to handle crime in this country. But then the Criminal Investigation Department (CID) was expanded and taken away and made Economic and Financial Crimes Commission (EFCC) and the Independent Corrupt Practices and Other Offences Commission (ICPC). Today, the budget of the EFCC is higher than that of the police. The anti-drug arm of the police was also removed and made the National Drug Law Enforcement Agency (NDLEA). The Department of State Services (DSS) was also an arm of the police. We have several instances of duplication of functions. For instance, why are the ICPC and EFCC separate agencies of government?”

Noting that the high cost of governance in the country was real, Uwazurike accused President Buhari of creating more agencies while at the same time pledging to implement the Oronsaye Report.

“A former Head of Service of the Federation, Steve Oronsaye, headed a committee that worked on this issue and made far-reaching recommendations. President Buhari has said that he will look into it. But instead of reducing the cost of governance, this government has increased it. It has created many agencies. Is the Nigerians in Diaspora Commission (NIDCOM), which Abike Dabiri is heading, not a new creation? Yet we are talking of reducing cost of governance.

“If we are going to be serious, we should go by the provision of the constitution that every state should have a minister and stop at that. We also have to stop appointing all these special assistants and special advisers.

“So, if we want to be realistic, the National Assembly has to start from itself. I am sure the Speaker has over 100 people working under him likewise the Senate President. They should take the lead. They should reduce their own costs first and jointly meet with the president and convince him that he does not need this high array of people milling around. If Mr. President wants to get serious, let him read the 2014 conference report line by line.”

With the alarm raised by the Minister of Finance, Zainab Mohammed, last Thursday, that the country may slide into recession unless it achieves a very strong third quarter 2020 economic performance, the coming months would show if the government would muster the effrontery to confront the issue of high cost of governance headlong or continue with the old trajectory.

TRANSFER LATEST!! Lyon Informs Arsenal How Much Aouar Will Cost After 3 – 1 Loss To Liverpool

Maguire Is Only Man United Captain Cause He Cost £80m – Parker