Bayelsa State Governor Douye Diri has forwarded the names of 24 commissioner-nominees to the House of Assembly for confirmation.The cabinet list came exactly after six months Diri was sworn in as governor following the disqualification of the governor-elect, David Lyon, by a Supreme Court judgment, 24 hours before his inauguration. 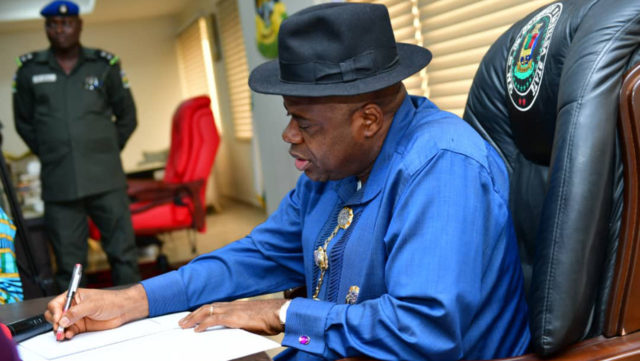 However, four came from Southern Ijaw and two from Diri’s Kolokuma/Opokuma Council.

Reacting to the list, Dickson called for sustained support for the governor to enable him deliver effectively on his electoral promise of prosperity to the people.

In a statement by his Media Advisor, Fidelis Soriwei, the former governor commended party faithful and stakeholders for their support and understanding during the various consultative meetings that preceded the emergence of the list.

He pleaded with them to exercise more patience with the governor on the cabinet appointments made so far, explaining that it was only logical and expected that not all party supporters and stakeholders would benefit in the first batch.