#BBNaija: My Baby; Kiss Me – Erica Tells Kiddwaya As They Cuddle Each Other (Video)

The BBNaija love birds are at it again as they were spotted chopping love with Erica asking Kiddwaya to kiss her or else she will bite him. 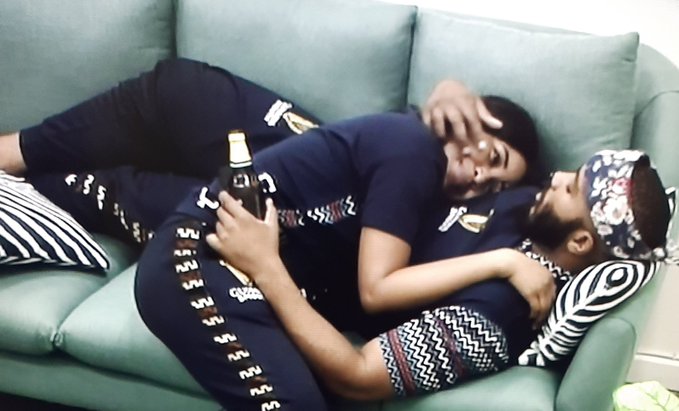 The two were seen as usual cuddling each other and Erica was heard calling Kiddwaya baby asking him to kiss her or she bites him.

Kiddwaya as usual obeyed Erica and kissed her while they cuddle each other even though they still claim to be friends and nothing more.

Erica was mocked yesterday on twitter after Kiddwaya sent a shout-out to a lady believed to be his girlfriend but with what we see, the two might have fallen for each other.

Age & Net Worth Of Erica Banks