•‘The wards are not created for PDP, but for Akwa Ibom people’

Controversy and condemnation have continued to trail the creation of 39 new political wards by the Akwa Ibom State Electoral Commission (AKISIEC) ahead of the local government elections in the state slated for October 31, 2020. The creation, which was announced on Sunday by the commission, has brought the total number of wards in the state to 368. Before now, the state had 329 wards with each council area having 13 wards in each of the three senatorial districts. 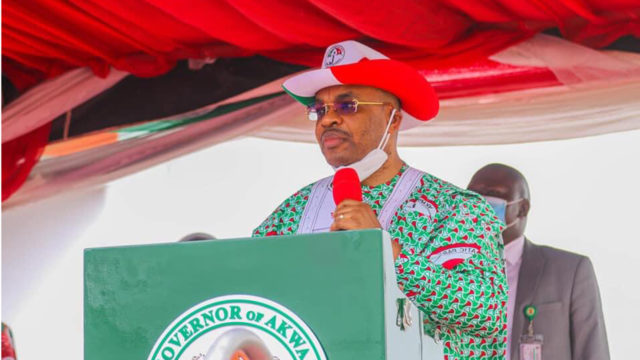 According to checks, the criticisms, claims, counter-claims and condemnations are as a result of the alleged lopsidedness and marginalization of some council areas. According to a councilor from Nsit Ubium Local Government Area, Mr. Ekopimo Ekopimo, the new wards’ creation exercise was unfair to Nsit Ubium LGA.

He went further to stress that his opinion was the stand of Nsit Ubium people, who must be liberated, adding that, “Ubium South should not be politically victimized”.

In its reaction, the Oron National Forum (ONAF) described the creation of the new wards as lopsided and unjust against the Oro people, who are found in five local government areas of the state. In a statement signed by Comrade Ita Ante and Comrade Etifit Nkereuwem, national president and national secretary respectively, they charged that the exercise is a continued and deliberate gross marginalization and exclusion of Oro people from the governance of the State.

“We therefore condemn in the strongest terms this unjust and unfair allocation of only three (3) wards to Oro ethnic nationality (Oro Federal Constituency), as against the greater numbers given to other groups. Oro National Forum (ONAF), in its avowed commitment to Oro meaningful survival and identity in the Nigerian federation, shall continue to resist this gross marginalization against Oro people as enshrined in the famous Oro Bill of Rights proclaimed in 1999”.

They therefore demanded that, “AKISIEC should withdraw immediately the recent wards’ creation skewed deliberately against Oro people,” and called on AKISIEC to review the entire exercise in the interest of justice, equity and democracy.

The statement continued, “That in carrying out this sensitive matter, AKISIEC should involve all relevant stakeholders to ensure a fair and transparent wards’ creation exercise in the interest of peace and justice. That we call on the state governor, His Excellency, Mr. Udom Emmanuel to, as a matter of urgent importance, intervene in the clear case of injustice and marginalization of Oro people by AKISIEC.

“Finally, we appeal to all well-meaning people of Akwa Ibom State to rise up in support of the just agitation of Oro people as integral part of the state. It should be noted that Oro nation is the economic base of the state and the third leg of the tripod that sustains Akwa Ibom State. Therefore, it should be treated fairly and given the necessary recognition it deserves”.

Similarly, a former member of Akwa Ibom State House of Assembly and chieftain of the All Progressives (APC) Congress, Dr. Uwem Udoma, faulted the creation of additional 39 wards claiming that the State electoral commission does not have such powers, and that only the Independent National Electoral Commission, INEC, was by law, empowered to do so.

“AKISIEC is not ready to conduct the 2020 local government election, because the 2007 AKISIEC law they are quoting, its provisions are subject to the 1999 Constitution and the Electoral Act 2010 as amended,” Udoma said.

He called on AKISIEC to withdraw the purported creation of new wards, as the illegality would not stand legal and judicial scrutiny.

While responding to these claims and counter-claims, the chairman of AKSIEC and former Resident Electoral Commissioner (REC) with the Independent National Electoral Commission (INEC), Mr. Aniedi Ikoiwak, has insisted that AKISIEC has the powers to create electoral wards, but not polling units, adding that there would have been no auspicious time than now.

He explained that the commission followed the law to create and to realign the new wards in the state.

According to him, “The criteria for ward creation is spelt out in the law that sets up the commission, which specifies that there should be creation and realignment of wards in the state every 10 years”.

He further pointed out that the last exercise was about 22 or 24 years ago. According to the AKISIEC boss, other criteria taken into consideration during the latest exercise were contiguousness of the wards and the number of registered voters.

On the allegation that Oro nation has only three new wards created or realigned, he explained that the population of local government areas, as well as the population of registered voters are usually taken into consideration in creating and realigning new wards.

While speaking on the allegation by the opposition All Progressives Congress party in the state, a Peoples Democratic Party (PDP) stalwart and chapter Secretary of Oron Local Government Area, Mr. John Ekpenyong, said the condemnation of the creation of new wards by the opposition should not be, because by right wards, are supposed to be created, adjusted or recreated every 10 years.

His words, “If you look at the state today, there are some wards that are big, of chich one person cannot be ward councilor. It can take two or three hours to cover such area; so, there is need to create new wards out of such areas. So the accusation by the APC that the new creation is the handiwork of the PDP so as to favour them in the forthcoming council elections is not true.

“There is no doubt that even if APC were to be in power in the state today, the other party would have said the same thing. Even APC that is condemning what is happening now, are they not in the new wards created? Are the wards created for PDP? No. The wards are created out of existing wards in the state. So, the APC will also benefit. It has nothing to do with the accusation that the wards are created to favour the PDP.

“As the election is approaching, we cannot stop any party from contesting. If the APC man wins in the new ward, will he not be seen as the councilor of the ward? So, it has nothing to do with the accusation that the wards are created to favour the PDP.”

While corroborating the views expressed by Ekpenyong, the Attorney-General and Commissioner for Justice of the state, Mr. Uwmedimo Nwoko, said that the harbingers of such accusation are myopic in their reasoning.

“That is a very myopic evaluation of a constitutional issue,” he said. “We should not be shortsighted about the fact that by the provision of the constitution of Nigeria, constituencies, federal and states, senatorial districts and wards can be created and recreated after 10 years. The last time constituencies – federal and state, and wards – were recreated and adjusted was in 1999.

“So, it is long overdue for wards, state and federal constituencies to be adjusted or recreated in the state. The argument that PDP is creating wards at this time to favour the party does not hold water at all. In fact, it has been a major violation of what is expected of a legitimate government to create wards.

“The government is now taking steps to correct what should have been corrected 10 years ago. The wards are not created for PDP, but for Akwa Ibom people and created for elections where everybody will participate. The new wards are for APC, PDP and other parties in the state that will participate in the forthcoming council elections.”