Chelsea are ready to sell at least nine players this summer transfer window, as they look to oversee a huge squad overhaul ahead of next season.

The Blues have already bolstered their squad with two new signings, Hakim Ziyech and Timo Werner, ahead of the new campaign. 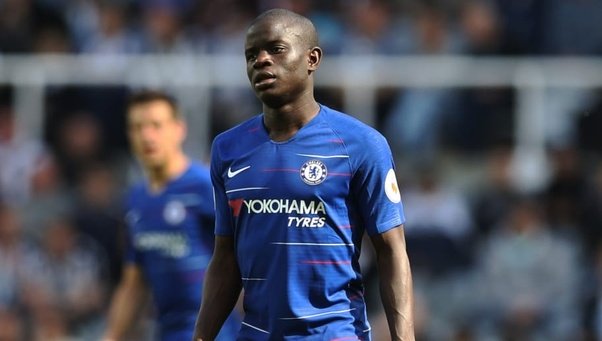 But Chelsea coach, Frank Lampard is keen to sign Bayer Leverkusen’s Kai Havertz, as well as a new left-back and a new goalkeeper this summer.

Chelsea’s business in the transfer window will also depend on their departures.

According to The Times, Chelsea are already open to offers for the likes of N’Golo Kante, who has started just 23 games during the 2019/20 season due to an injury-hit campaign and Ross Barkley.

Other players include Tiemoue Bakayoko, who spent the 2019/20 season on loan at Monaco, Kurt Zouma, Marcos Alonso, Andreas Christensen and Emerson Palmieri.

Chelsea are also looking to find buyers for Michy Batshuayi, who has a year left on his contract and Kepa Arrizabalaga, who was dropped by Lampard for the FA Cup final 2-1 defeat to Arsenal on Saturday.

LaughPillsComedy - Sunday in a Neighboring Church (Comedy Video)
6 hours ago

The Boys
16 hours ago