Obaseki: An Ugly Glimpse Of What To Come – Yusuf Biliaminu

The re-election campaigns of Governor Godwin Obaseki of Edo State, and his new political party, the Peoples Democratic Party (PDP) recently suffered a major setback, when they were totally disgraced penultimate week outside the Palace of the Oba of Benin, Ewuare II.

The governor’s convoy was blocked. The angry residents numbering hundreds booed and jeered at him and his guests. They called him various derogatory names, particularly “thief.” It degenerated into violence, scores were injured and properties vandalised. 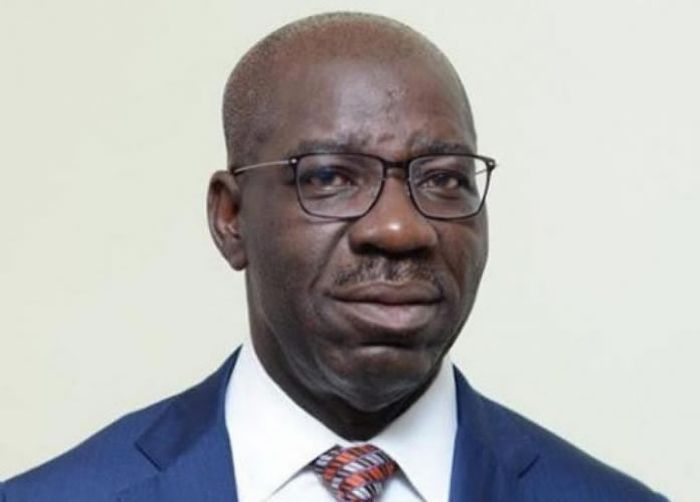 That development did not go down well with the governor and the PDP and has generated different reactions from both parties, because of the potential implications it has on the governor’s political fortunes. The direct interpretation of the incident could that he had been rejected by the people and that his defeat is not just imminent, but would be overwhelming.

Not anybody could fathom that level of outrage outside the Benin palace against an incumbent governor and the implications are huge. For one, if it was just the youth, who reacted like that, they had sent a clear signal to the Oba that they weere done with Obaseki.

The reason was simply because in Edo State, the Oba of Benin is well respected in political decisions and a politician, who does not have the backing of the palace would find it very difficult, if not impossible to garner the support of the people.

Earlier, at a press conference, the APC had pointed fingers at Governor Obaseki over the violent incidence at the Oba’s palace. The Vice Chairman, Media and Publicity Committee of the APC Campaign Council, Mr. Patrick Obahiagbon, specifically blamed the clash on the PDP.

He alleged that the governor resorted to violence, because the duo of former governor and former National Chairman of the APC, Comrade Adams Oshiomhole and business mogul, who his government had been victimising for fear that he was planning to pick the APC governorship ticket, Captain Idahosa Wells Okunbo.

Obahiagbon stated that after the palace incidence, APC supporters were accosted and attacked on the street of Benin, stressing that it is “unacceptable to us as a party. How long more can we persuade our teeming party loyalists to hold back?”

The former House of Representatives member, who said the opposition PDP unleashed terror on the citizenry by enlisting the support of renowned cultists in Benin, further alleged that Obaseki is working on plans to arrest the duo of Oshiomhole, Okunbo and other APC leaders on the eve of the election for not supporting him. He also claimed that there was a plan to set Okunbo’s farm on fire.

“The PDP and the governor were planning to arrest and detain the former National Chairman of the APC Comrade Adams Oshiomhole on the eve of the election and also set fire on the farm of billionaire businessman, Captain Hosa Okunbo for refusing to back the second-term agenda.

“Obaseki is planning to continue his persecution of Comrade Adams Oshiomhole with trumped-up and inconsequential charges at the eleventh hour of electoral politics. His plan is to arraign Oshiomhole for a probe that has been revealed as nothing but a targeted political witch-hunt and then deny him bail on the eve of election to paralyse the APC.

“He is planning to use COVID-19 as a ruse to neuter grassroots leaders of our party, the APC on the eve of the gubernatorial election by abducting and detaining them in isolation center. This way, disenfranchising them and forestalling the political force they would deliver in pursuant of APC’s victory,” Obahiagbon alleged.

Not unmindful of the attacks on him just on the ground of assumption that he was the preferred candidate for the governorship and his perceived support for the APC candidate, Pastor Osagie Ize-Iyamu, Okunbo was quick to state that he had no hand in the embarrassment the governor faced at the palace.

He said: “I condemn the booing of the governor and the PDP team, and the reprisal attack. I am particularly pained that some ungodly insinuations in some quarters have linked me with the unfortunate saga.”

But away from all the rhetoric, the governor’s goodwill is fast dwindling among the people and so also is his political fortunes.

In 2016, his cousin, Dr. Don Pedro Obaseki categorically urged the people not to vote for him. He didn’t stop at that, he stepped down his ambition and endorsed Ize-Iyamu of the PDP then on the ground that he was the “best candidate” for the election.

“I will rather support Pastor Ize-Iyamu, who represents the collective aspiration of Edo people than support Godwin Obaseki, who is being promoted by external political and economic investors,” Obaseki stated in 2016.

Talking about making a choice between Ize-Iyamu and Obaseki, his first cousins said: “Osagie is actually an uncle and Godwin is a cousin, so both of them are family. But it is not the family I am looking at because I can no longer wish Edo State based on family filiations; I cannot because someone is my brother because we answered the same name wished away the collective patrimony of the entire Edo nation.

“You don’t need to be told I am a very convinced young man, I have come to praising my conviction even as a young boy, when we were fighting as a CLO Director, running radio Kudirat and in Godwin I would not lie, I see nothing that represents my vision to change Edo State.”

The APC candidate, Ize-Iyamu, also feels there are enough reasons why the people don’t want the governor to have a second term. In a recent interview, he said contrary to claims that Obaseki has been a performing governor, who is hated by a political godfather that is mad at him because he was not allowing the access to the state’s purse, but identified several factors that made the governor ineligible for a second term.

“They say we have a technocrat as a governor. How can you have a governor, who didn’t pass his school certificate? How was he able to enter university with three credits and none of them were English and Maths? He is always talking about godfather. Who is the godfather? This is the governor, who increased security votes of the state from N6bn to N7.5bn. The money goes to him.

The APC governorship hopeful said Governor Obaseki is not getting the people’s support, because he has not made good his campaign promises in the education, security and health sectors, and that despite all accolades he receives for his major achievements in the education sector, Edo Best, he did not employ teachers throughout his first term of office.

While he continues to appeal to his supporters not resort to violence, Ize-Iyamu has repeatedly assured the people of the state that given the opportunity to lead, he would ensure that the people experience economic growth and infrastructure development.

Thus, from the orchestrated show that held outside the palace of the Oba’s place to the much anticipated election of September 19th, it is evident that the battle is already a lost for Obaseki and that indeed, the governor’s defeat would come handy as a critical lesson in poor and vindictive leadership. Importantly, re-electing Obaseki coud mean rewarding treachery, betrayal and ingratitude.

Forum
EDO DECIDE: Between Gov. Obaseki And Pastor Ize-Iyamu, Who Do You Think Will Win The Governorship Election?
2 hours ago

Forum
I See Absolutely Nothing Ugly In Laycon, He’s Fine And Sexy – Princess Shyngle
6 days ago

Record Of Youth
9 hours ago

The Boys
9 hours ago