Mercy Aigbe Flaunts Her “DARA Boo” On The Gram, See Who ….

Nollywood actress Mercy Aigbe announced the release of the latest Yoruba movie titled “DARA” in which she played a lead role. The fascinating movie is already making waves and trending at number 3 on Youtube. 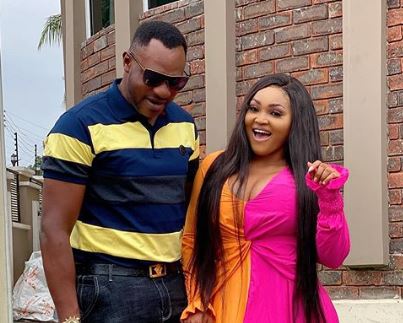 The amazing actress played as DARA took to her page to flaunt a picture of herself and a colleague actor, Odunlade Adekola who also played as “Frank”. Interestingly, the two seem to have built some kind of ‘romantic’ connection in the film as Frank gets to choose between his wife and DARA.

Mercy quizzed her fans and those who have already watched the film that “who do you think Frank will choose” adding a nice photo as they look good together.

Forum
If Oshiomhole Continues To Misbehave, We Will Have No Mercy – Obaseki
4 days ago