BBNaija star Tacha has made a tall list of those who inspire her and it’s such an amazing list as it has a lot of leaders in it.

Per her list one could say the young entrepreneur is planning to be a great leader someday as almost all those on her list were leaders. 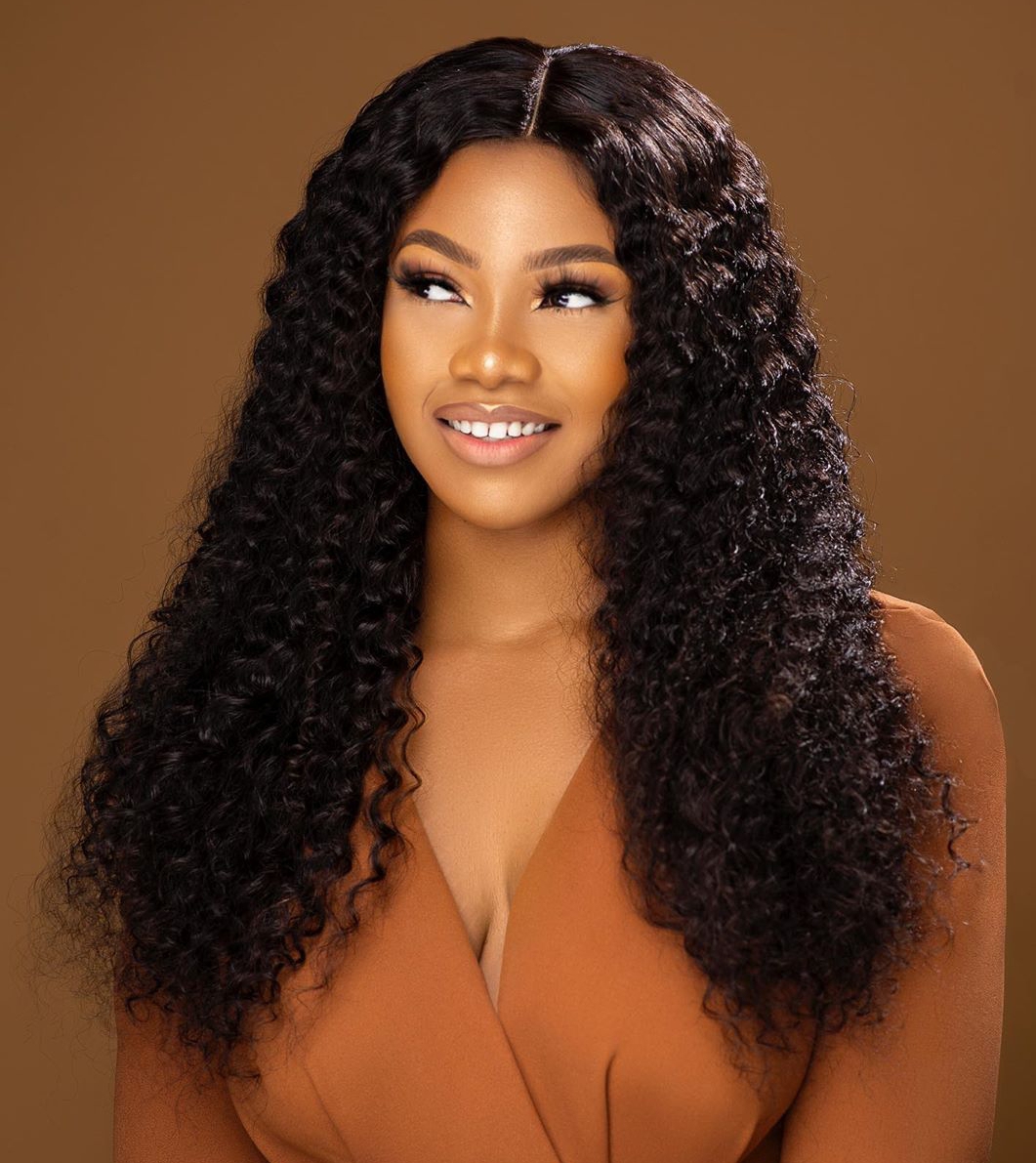 But unfortunately, there was no Nigerian celebrity that inspires the young entrepreneur as none of them had their names on her list.

Some netizens while reacting to her list made some funny comments about some of the names she listed such as Adolf Hitler saying she took it from google. 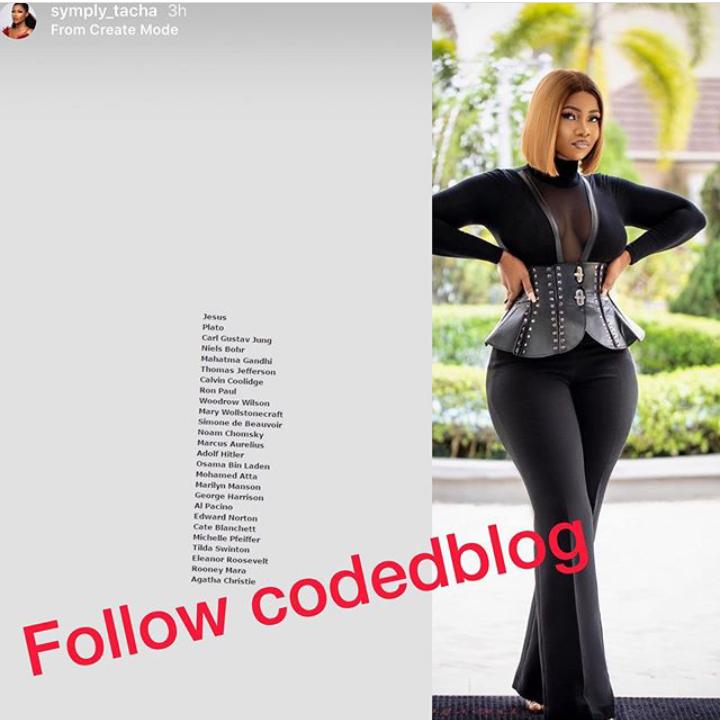 The Mandalorian Director Thanks Fans For Amazing Response To Episode 3

Woman bites off man's pen!s after he bursts into her home and makes sick demands

Tacha Pens ‘Undiluted Love’ Note To Khafi On Her Birthday