#BBNaija: Watch How Neo And Dorathy Cried During The Voting Exercise In The Diary Room (Video)

Last night in the Big Brother house was the saddest day in the life of the housemates as they were thrown into a state of mourning when they were asked to vote out two housemates from the four selected housemates by the people. 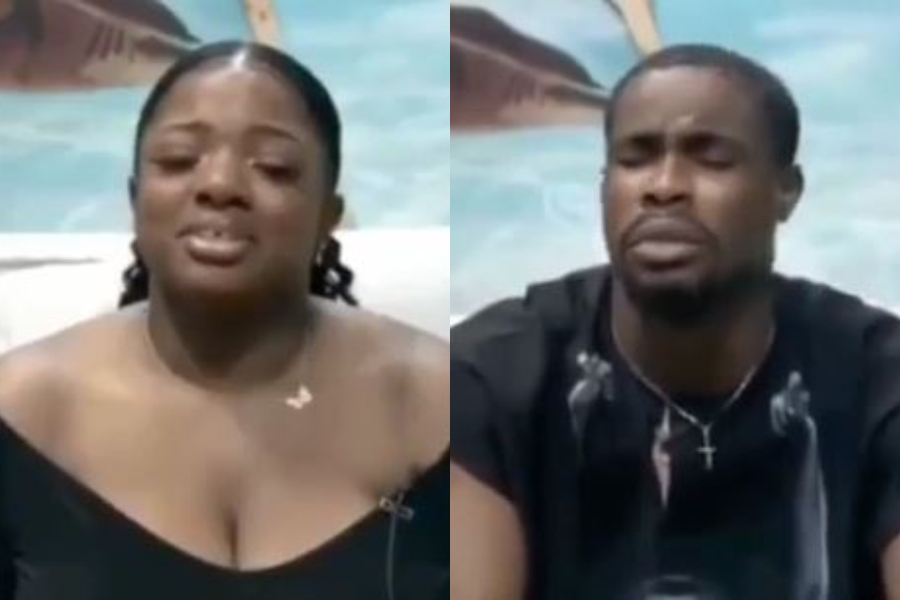 The four housemates, Ka3na, Praise, Lilo and Eric had their colleagues in tears in the diary room, calling their names to be evicted from the house wasn’t easy for them but as custom demands, they did call out names which resulted in the eviction of two females, Ka3na and Lilo.

Dorathy and Neo seemed hard hit as they cried throughout the session, they could not watch their people go but it is the game and someone has to go.

Forum
BBNaija 2020: Laycon Reveals First Person He Will Spend Money On
1 week ago