A viral photo is causing a massive stir on social media as Lady is spotted kneeling down whiles her fiance puts a ring on her finger. 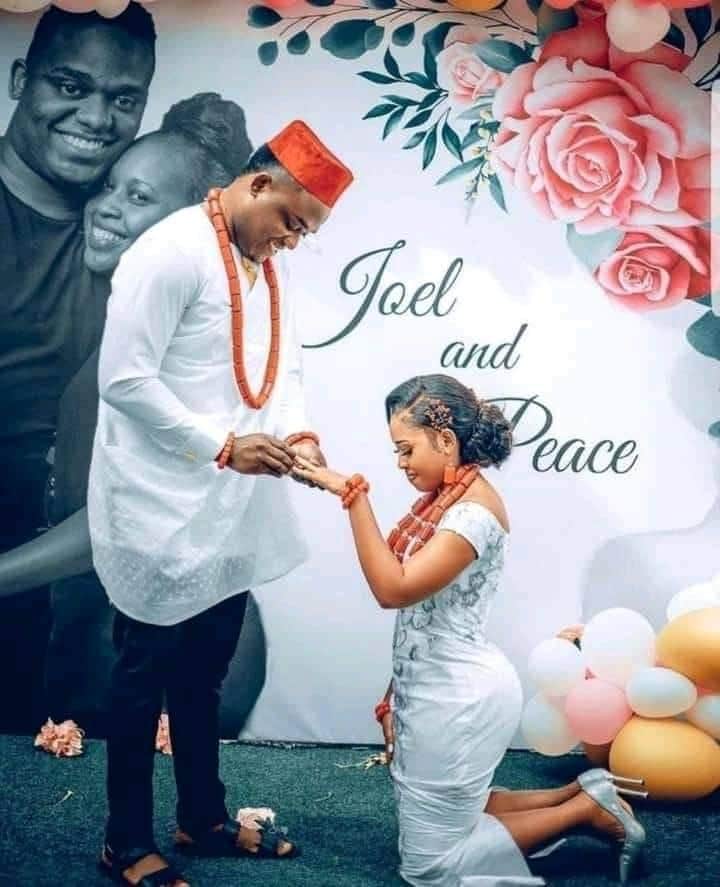 The photo has caused a gender war, as the men believe it is the perfect and right thing for a woman to do, whiles the women are claiming that it’s wrong.

Not long ago, Pete Edochie, a Nigerian actor claimed th at it is foolish of a man kneel down to put a ring he acquired with his money on a lady’s finger. He added that, it is rather the woman who should go down on her kneels to receive the ring.

This idea seems to have been grabbed by many men and some of them are making the ladies to kneel and receive the ring to make a perfect proposal.

See How Some Nigerians Reacted: 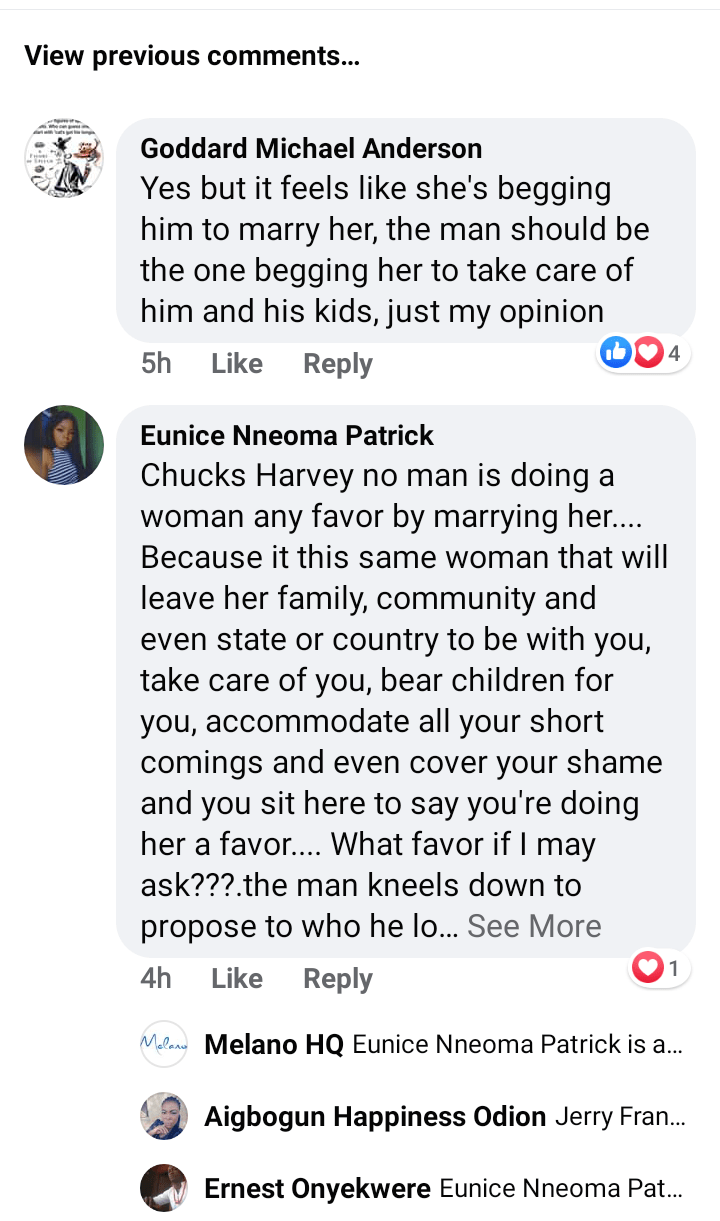 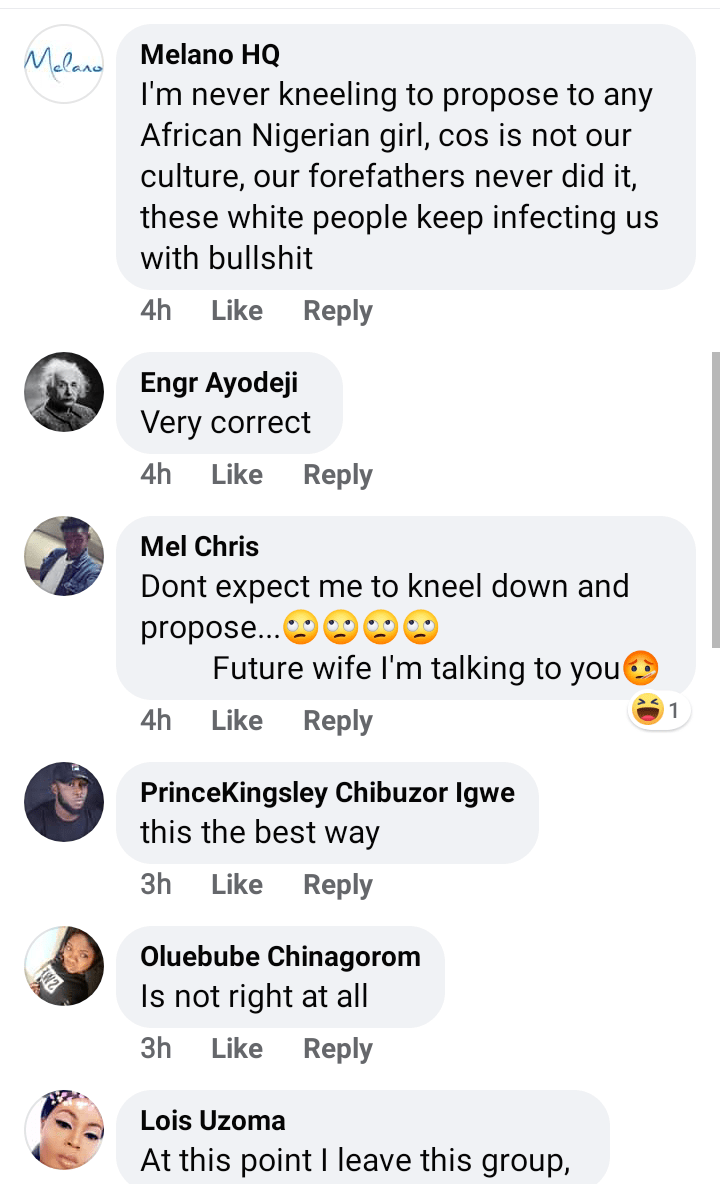 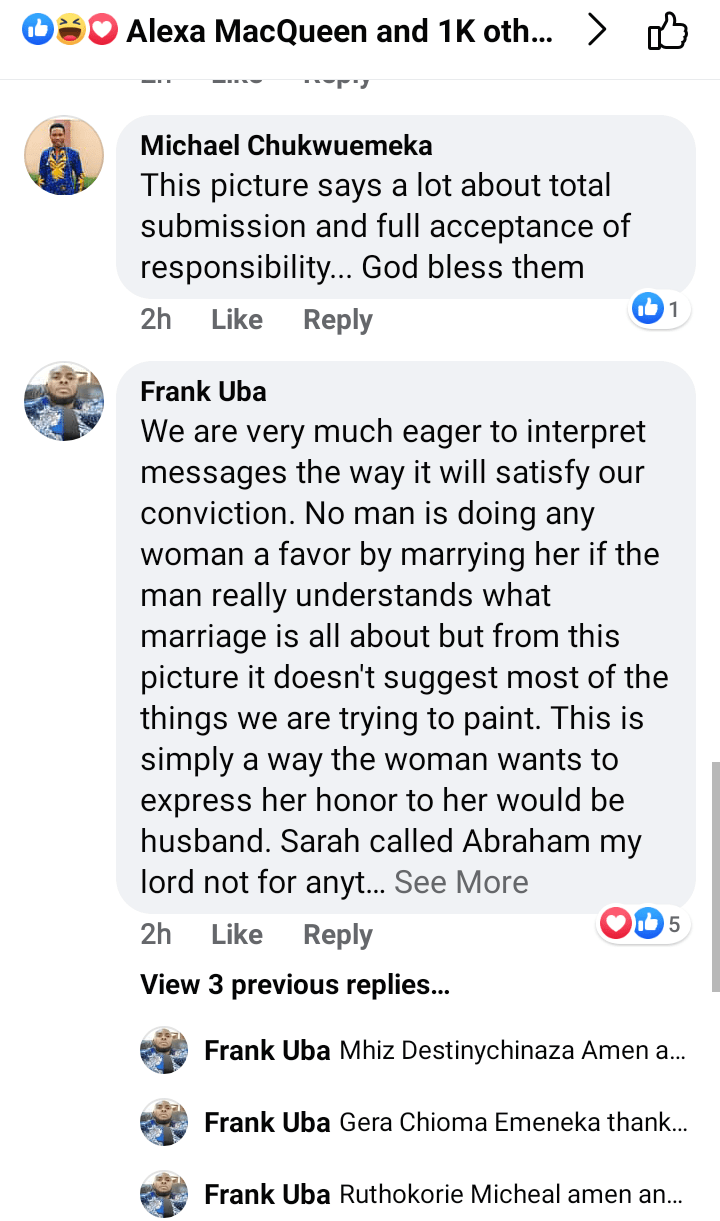 Actress, Ani Amatosero Berates Lady Who Flew Out Of Nigeria With A Man For Vacation And Refused Having S*x With Him