The continued closure of international airports in Nigeria and other parts of the world has been blamed for the slow recovery of global aviation and passenger traffic. 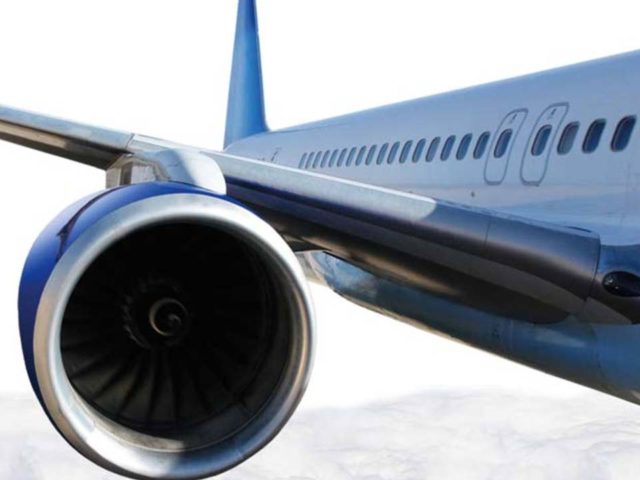 World airlines, apparently unimpressed with the level of progress in the COVID-19 era, said the industry would not return to pre-COVID-19 levels until 2024, a year later than previously projected. Nigerian international airports have been shut in the last four months, although with the likelihood of reopening before October 15.

With the lockdown across countries, June 2020 global passenger traffic, released by the International Air Transport Association (IATA), foreshadowed the slower-than-expected recovery. Traffic fell 86.5 per cent compared to the year-ago period.

That is only slightly improved from a 91.0 per cent contraction in May. This was driven by rising demand in domestic markets, particularly China. The June load factor set an all-time low for the month at 57.6 per cent.

African airlines’ traffic sank 98.1 per cent in June, little changed from a 98.6 per cent demand drop in May. Capacity contracted 84.5 per cent, and load factor dived 62.1 percentage points to just 8.9 per cent of seats filled, lowest among regions.

The more pessimistic recovery outlook is based on a number of recent trends, including slow virus containment in the U.S. and developing economies, reduced corporate travel, and weak consumer confidence.

Although developed economies outside of the U.S. have been largely successful in containing the spread of the virus, renewed outbreaks have occurred in these economies, and in China.

Furthermore, there is little sign of virus containment in many important emerging economies, which in combination with the U.S., represent around 40 per cent of global air travel markets. Their continued closure, particularly to international travel, is a significant drag on recovery.

Corporate travel budgets are expected to be very constrained as companies continue to be under financial pressure even as the economy improves. In addition, while historically GDP growth and air travel have been highly correlated, surveys suggest this link has weakened, particularly with regard to business travel, as video conferencing appears to have made significant inroads as a substitute for in-person meetings.

While pent-up demand exists for VFR (visiting friends and relatives) and leisure travel, consumer confidence is weak in the face of concerns over job security and rising unemployment, as well as risks of catching COVID-19. Some 55 per cent of respondents to IATA’s June passenger survey don’t plan to travel in 2020.

Owing to these factors, IATA’s revised baseline forecast is for global enplanements to fall 55 per cent in 2020 compared to 2019 (the April forecast was for a 46 per cent decline). Passenger numbers are expected to rise 62 per cent in 2021 off the depressed 2020 base, but still will be down almost 30 per cent compared to 2019. A full recovery to 2019 levels is not expected until 2023, one year later than previously forecast.

“What improvement we have seen has been domestic flying. International markets remain largely closed. Consumer confidence is depressed and not helped by the UK’s weekend decision to impose blanket quarantine on all travellers returning from Spain. And in many parts of the world infections are still rising. All of this points to a longer recovery period and more pain for the industry and the global economy,” de Juniac said.

For airlines, he added, this is bad news that points to the need for governments to continue with relief measures—financial and otherwise.

“A full Northern Winter season waiver on the 80-20 use-it-or-lose it slot rule, for example, would provide critical relief to airlines in planning schedules amid unpredictable demand patterns. Airlines are planning their schedules. They need to keep sharply focused on meeting demand and not meeting slot rules that were never meant to accommodate the sharp fluctuations of a crisis. The earlier we know the slot rules the better, but we are still waiting for governments in key markets to confirm a waiver,” de Juniac said.

The recovery in short haul travel is still expected to happen faster than for long haul travel. As a result, passenger numbers will recover faster than traffic measured in RPKs. Recovery to pre-COVID-19 levels, however, will also slide by a year from 2022 to 2023. For 2020, global passenger numbers (enplanements) are expected to decline by 55 per cent compared to 2019, worsened from the April forecast of 46 per cent.

All International Musicians Who Supported #EndSARS Protest in Nigeria in 2020