The World Trade Organisation (WTO), has declared that new import restrictions covering traded merchandise between October 2019 and May 2020, was worth about $423.1 billion. 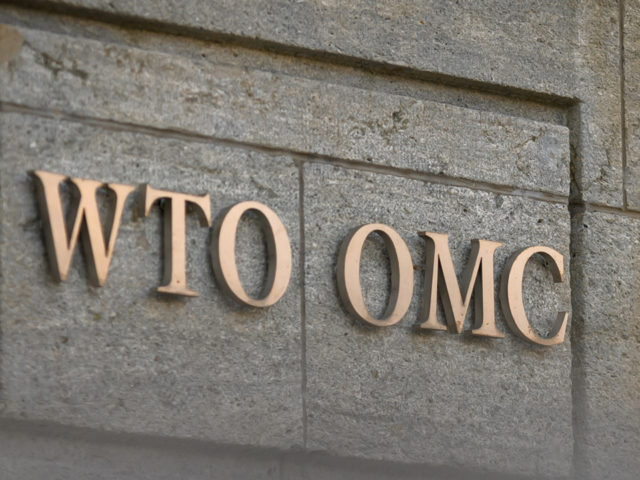 It stated that: “The new import restrictions covered traded merchandise worth an estimated $423.1 billion, the third-highest value since October 2012.”

WTO estimates indicate that the cumulative trade coverage of import-restrictive measures implemented since 2009, and still in force, amounts to $1.7 trillion or 8.7 per cent of world imports. This figure has grown steadily since 2009, both in value terms and as a percentage of world imports.

It added that the trade coverage of non-COVID-19 related import-facilitating measures was estimated at $739.4 billion, which is significantly higher than the $544.7 billion recorded in the previous report (from mid-May to mid-October 2019) and represents the second-highest figure since October 2012.

Director-General, WTO, Roberto Azevêdo, said: “The report makes clear that a substantial share of world trade continues to be affected by new and accumulated import-restrictive measures, which is cause for concern at a time when economies will need trade to rebuild from the effects of the COVID-19 crisis.

Azevêdo, who presented the report to WTO members, said: “On a more positive note, the report shows that members also introduced import-facilitating measures on an impressive scale, and have started to scale back trade restrictions introduced earlier in the pandemic.”

The report also showed that by mid-May 2020, WTO members implemented 256 trade and trade-related measures explicitly linked to the COVID-19 pandemic, with export bans accounting for the totality of the pandemic-related export restrictions recorded.

It said further that: “The COVID-19 related measures appeared to have come in two clearly identifiable waves. In the early stages of the pandemic, several of the measures introduced restricted the free flow of trade but as of mid-May 2020, 57 per cent of all measures were of a trade-facilitating nature.”

Prepared against the backdrop of COVID-19, the report does not yet reflect the full impact of the pandemic on trade. According to WTO data published on June 22, estimates for the second quarter of 2020 indicate a year-on-year drop in world trade of around 18 per cent.

It stated: “World trade was already slowing before the pandemic struck, weighed down by heightened trade tensions and slowing global economic growth. Merchandise trade was down 0.1 per cent in volume terms in 2019, marking the first decline since 2009.

“Trade growth also slowed in nominal terms in 2019, as the dollar value of merchandise exports fell by 3 per cent to $18.89 trillion. Although commercial services exports increased by 2 per cent to $6.03 trillion in 2019, the pace of growth was down sharply from 9 per cent in the previous year.

“Overall, WTO members and observers implemented 363 new trade and trade-related measures during the review period, of which 198 were of a trade-facilitating nature and 165 were trade-restrictive.

“In the early stages of the pandemic, several of the measures introduced by WTO members and observers restricted the free flow of trade, principally for exports. But as at mid-May 2020, 57 per cent of all COVID-19-related measures were trade-facilitating. Around 28 per cent of the COVID-19-specific trade restrictions implemented by WTO members and observers had been repealed by mid-May,” WTO stated.

Net Worth Of Vanessa Onu

Age & Net Worth Of Allison Mack

Career & Net Worth Of Kristin Kreuk