BBNaija star Tacha has called out her ‘rival’ Mercy Eke for copying her clothing line with a different inscription asking her to at least give credit. 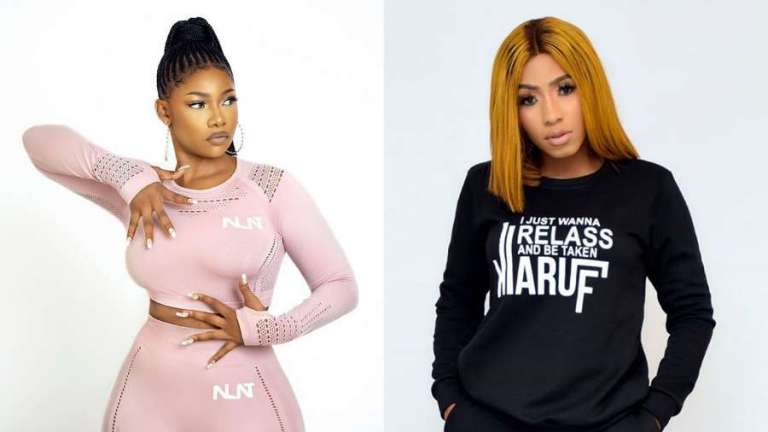 Tacha in a video sighted online was angry initially but later burst out with laughter as she claims she and her Titans are the GOAT in the game.

According to her, her clothing line No Leave No Transfer has been copied as they always do but it will be best if the person gives her some credit.

Though she didn’t mention Mercy Eke’s name in the video, it was obvious she was referring to her because Mercy also launched her clothing line a few weeks after Tacha’s own.

Married Tega Blushes at Boma, Calls Him Her Bestie As They Chill Together at the Airport (Video)

“What Did You Do To Your Face?” – Mercy Eke’s Cheekbones Sparks Reactions (Video)