Nigerian music act Don Jazzy has reacted to Simi’s latest hit song ‘Duduke’ being played at BBNaija’s party as he’s scared some might end up pregnant. 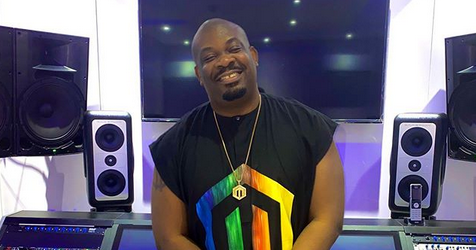 The Mavin Record boss while updating his fans with respect to the show advised the housemates to make sure they don’t get pregnant as Simi’s ‘Duduke is being played.

A fan of his while reacting to that said the housemates might be provided with protection hence they won’t get pregnant if anything happens between any of them.

Don Jazzy in reacting to the fan’s comment said the song ‘Duduke is no respecter of protection which means it doesn’t matter if they are protected or not with ‘Duduke’ one can easily get pregnant.

BBNaija’s Lucy Blows Hot, Offers N100K To Anyone With Proof Of When She Shamed Nengi’s Dressing

Calvin Harris - By Your Side ft. Tom Grennan (Video)