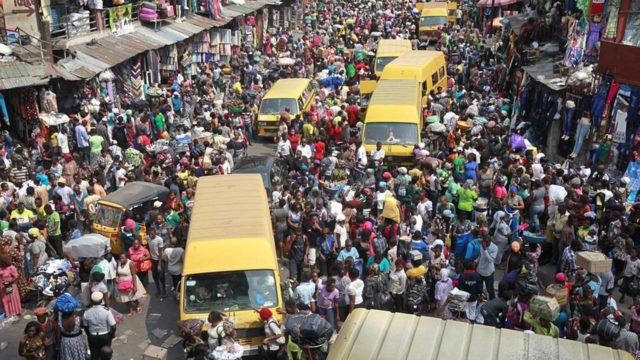 Indeed, the monetary authorities are caught between dealing with the expected negative gross domestic product (GDP) growth for the second and third quarters, as well as rising inflation that has put consumers on the edge and pressure on currency in circulation.

While inflation uncertainty has become a growing concern for investors, savers and consumers alike, the need to the GDP to counter the rise in jobless rate may have put authorities on the ledge, thus making a choice to retain rates and observe trends.

The Committee explained that the decision to hold all rates constant was largely driven by the effect of the outbreak of COVID-19 that has largely disrupted the global economy.

Despite holding MPC policy rates constant for a term, the domestic inflation rate may not abate any time soon, as supply chain challenges, rising import costs, and falling purchasing managers index (PMI) at 41.1% as of June, suggest cost-push inflationary pressures in Q3 and perhaps Q4.

The continued rise in the general price level can be largely attributed to supply disruptions due to the extended planting season occasioned by the partial lockdown of the economy and higher logistics costs. Accordingly, all the inflation sub-indices moved in tandem with the headline inflation.

If the economy expands a bit in Q3 and Q4 (as a result of an easing of lockdowns and restricted interstate transport movement), although unlikely, as projected by the Minister of Finance, the domestic inflation rate may begin to taper downwards as GDP growth picks up a notch.

He observed that to mitigate the negative impacts, other emerging economies with similar trends of rising inflation, and falling exchange rates are drastically reducing their interest rates.

He argued that reduction in the MPR would have, among others, helped in reducing the cost of capital for business owners to access loans at an affordable rate thereby reflating the economy further.

“The Association had also expected that the Cash Reserve Ratio should be reviewed downward to enable banks advance more credits to stimulate economic activities and enhance the productive capacity of enterprises.

“It could be observed that the COVID-19 pandemic has created a lot of inactivity in some sectors of the economy; thus, reduction of these parameters would have been a welcome development for the enterprises. Other emerging economies with similar effects like rising inflation, falling exchange rate intervened by reducing the interest rates,” he added.

Also, a Professor of Capital Market and Head of Banking and Finance Department at the Nasarawa State University, Keffi, Uche Uwaleke, said given the prevailing economic circumstances, the rates retention were expected.

He said: “MPC held the policy parameters as expected in view of elevated inflation and mounting pressure in the forex market. The MPC won’t be cutting policy rate when inflation rate is rising.

“To discourage DMBs from parking money at the CBN, the MPC should consider (at its next meeting) widening the asymmetric corridor around the MPR from +2/-5 to +2/-7. By so doing, the Standing Deposit Facility drops from 7.5% to 5.5% thereby compelling DMBs to on-lend the funds to the real sector.”

Contributing, the Director, Centre for Economic Policy Analysis and Research (CEPAR), University of Lagos, Prof Ndubisi Nwokoma, said the MPC’s retention of the monetary policy parameters is an indication of its determination to stimulate growth and stemming inflationary tides.

He said: “This appears reasonable in view of the expected onset of a serious recession due to the aftermath of the COVID-19 pandemic on both the national and global economy.

“Tightening of credit through increase in the parameters would have suggested a desire to frontally address the rising trend of inflation. Stimulation of growth appears more reasonable now.”

On his part, the Director-General, Lagos Chamber of Commerce and Industry (LCCI), Dr. Muda Yusuf, described rising prices as, perhaps, the worst enemy of the poor, adding that it erodes purchasing power and aggravates lack.

He, therefore, called for monetary and fiscal measures to tackle the menace, while noting that the efforts of the monetary authorities to unveil stimulus packages cannot be ignored.

I Won’t Rest Until Ondo Wins Battle Against Unemployment – Akeredolu