Local manufacturers, especially those in the Apapa zone, have expressed concerns about challenges that the closure of the Third Mainland Bridge would bring to their operations. 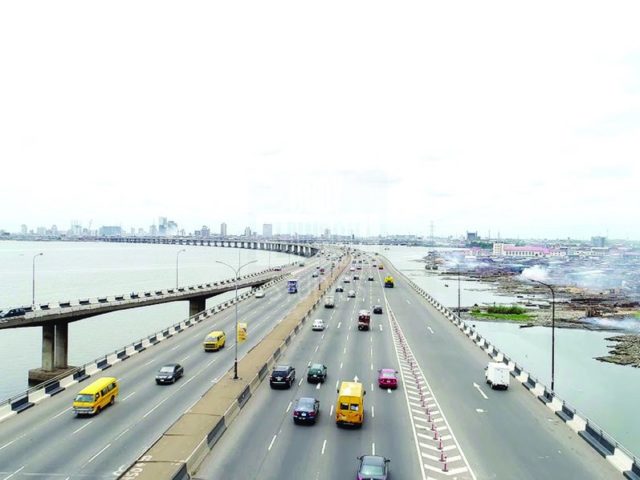 According to them, some of the alternative routes are in some form of partial closure with limited access to operators, who would face challenges accessing their factories and offices.

On Monday, the Federal and Lagos State governments identified accessible roads to guide motorists and reduce travel time during the partial closure of the Bridge for rehabilitation works scheduled to begin on Friday.

Also, to ease the gridlock that could arise from the partial closure, the state government has approved the use of the Bus Rapid Transit (BRT) lanes for Lagos State Bus Services Ltd. to move commuters during the period.

MAN Apapa Branch said: “We would like to first of all acknowledge the effort of the Lagos State Government towards catering to the over 25 million people that call Lagos home. We appreciate the enormity of the challenges facing the government especially at this difficult time.

“This is why we need to commend the Governor, Babajide Sanwo Olu, and his team for their giant strides in the area of infrastructural development, security provision, environmental protection, prudent financial management, to mention but a few. We are well aware of the revenue shortfalls that resulted from the COVID-19 pandemic, which makes the effort of the government all the more commendable.

“We, however, must draw the attention of the governor to some of our concerns. The number on the list is the proposed partial closure of the Third Mainland Bridge. While we commend the government’s plan to repair the bridge, we believe that the timing is wrong. This bridge being a major link connecting the Mainland to the Iisland is one of the key life wires of the economy.”

The operators said their concerns arise from the fact that some of the alternative access routes like the Eko Bridge by the Costain Roundabout, and Apapa Bridge by Ijora, are also in some form of partial closure.

They therefore appealed to the government to delay the commencement of work on the Third Mainland Bridge until some of the alternative access routes have been completed and opened to traffic.

“We also want to draw the attention of the governor to the pitiable state of the roads within the Amuwo Odofin as well as the Kirikiri industrial areas. These roads, which have deteriorated beyond imagination, have now been turned into illegal trailer parks and dumpsites for empty shipping containers.”

I Was Under More Pressure At Stamford Bridge – Jose Mourinho

Kano youths express concern about a dilapidated school in the state