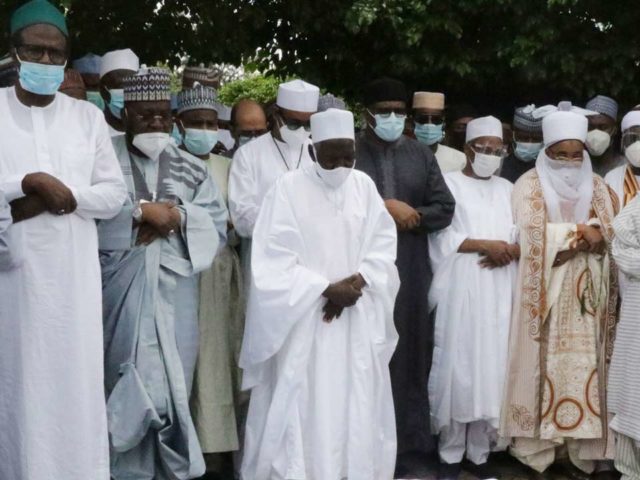 In a condolence message made available to journalists through his media aide, Kehinde Akinyemi in Abeokuta, Ogun State, Obasanjo said the elder statesman would be missed for his patriotism, courage, frankness and steadfastness.

According to him, Funtua’s contributions to the implementation of the master plan of the nation’s capital between 1999 and 2007 would for long be recognised.

“Funtua will be long remembered by those who knew him and those who care about the evolution of a virile democratic culture in our nation.

“He was a well-respected elder-statesman, an accomplished business mogul/publisher, an astute politician and a frontline industrialist whose various contributions to the development of governance and public administration have ensured for him an evergreen memory in the hearts of many admirers and associates, particularly during the administration of President Shehu Shagari under whom he served as Minister of Water Resources as well as during his membership of the committee of the 1994-1995 Constitutional Conference that came up with models in key areas of Nigeria’s existence.

“As the founder of Bulet International Nigeria Limited, Isa-Funtua’s robust identification with the objective of my administration as the President of the Federal Republic of Nigeria between 1999 and 2007 in implementing the master plan of the nation’s capital, FCT, cannot go unrecognised. He built some of the iconic public buildings in Abuja and remained steadfast in making the FCT a more habitable place and a major tourist and investment zone,” he said.

Obasanjo also acknowledged the immense contributions the deceased made to the development of media industry in the country.

The Chairman, Northern Governors Forum, Simon Lalong of Plateau State, also described the death of Funtua as a loss to the nation.

In a condolence message by his Director of Press and Public Affairs, Dr. Makut Macham, Lalong said the deceased distinguished himself in the journalism profession where he played critical roles for freedom of expression and the press.

Governor Aminu Massari expressed deep sorrow over the death of Funtua, an in-law to President Muhammadu Buhari and indigene of Katsina State who died Monday evening in Abuja during a brief illness.

Masari, in a statement, described Funtua’s demise as a loss of monumental proportion the impact of which would be felt beyond the shores of Nigeria.

Ogun State Governor Dapo Abiodun, in a condolence message yesterday, described Funtua as “a quality icon who will occupy many good pages in Nigeria’s history. His footprints are in the public service, journalism, entrepreneurship and indeed all spheres of our national life and living.”

Minister of Information and Culture, Alhaji Lai Mohammed, lauded Funtua’s contribution to media development and his untiring defence of free speech and freedom of the press.

‘’Funtua was a man of many parts, with his eventful life highlighted by service, whether as a media icon, an entrepreneur or a philanthropist.”

The National leader, All Progressives Congress (APC), Bola Tinubu, described Funtua’s demise as a saddening national loss, adding that he was a rare individual of immense talents, abilities and generousity.

“We spoke but two days before, as we often do. He spoke vibrantly, with his trademark logic and deep knowledge. We ended our conversation agreeing to resume soon. There was no indication that it would be our last talk” Tinubu said.

In a statement, Tinubu poured encomium on Funtua as a long time friend, associate and in-law of President Buhari.

“I commiserate with President Buhari at this time for we have suffered the loss of another person of great intellect and extra-ordinary character. Our national family mourns deeply because of this unexpected.”