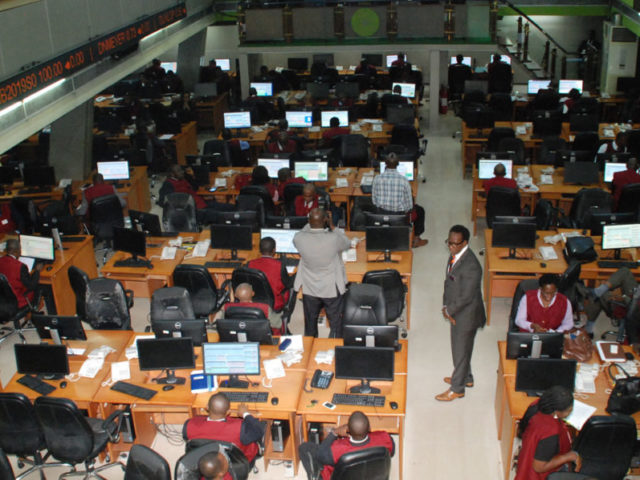 At the close of transactions Monday, the All-Share Index (ASI) also slipped by 18.08 absolute points or 0.07 per cent to close at 24,269.58 points. Similarly, the overall market capitalisation shed N10 billion to close at N12.660 trillion.

Analysts at Vetiva Capital said: “With the absence of any positive event capable of lifting investors’ sentiment, coupled with the lack of significant positive movement in large cap stocks, the domestic bourse extended last week’s bearish performance into today’s session.

“However, with the persistent declines we’ve seen across board in recent times (especially in the Banking sector), we expect to see positive investors’ patronage in the coming sessions, driven by cheap valuations of a number of fundamentally justified stocks.”

Market breadth was slightly negative, with 12 gainers versus 13 losers. GlaxoSmithKline Consumer Nigeria recorded the highest price gain of 9.47 per cent to close at N5.20 per share.

On the other hand, Neimeth International Pharmaceuticals led the losers’ chart by 10 per cent to close at N1.35 per share.

However, the total volume of trades appreciated by 90.09 per cent to 305.103 million units, worth N2.10 billion and exchanged in 3,258 deals. Transactions in the shares of Sovereign Trust Insurance topped the activity chart with 75.564 million shares valued at N15.113 million. United Bank for Africa (UBA) followed with 70.709 million shares worth N441.888 million, and Guaranty Trust Bank traded 36.972 million shares at N3.710 million.

Hilarious! Is this man about to stock his shop with cartons of looted COVID-19 noodles?