A man has been left in shock after he finally understands why he always gives in to his girlfriend’s demand. 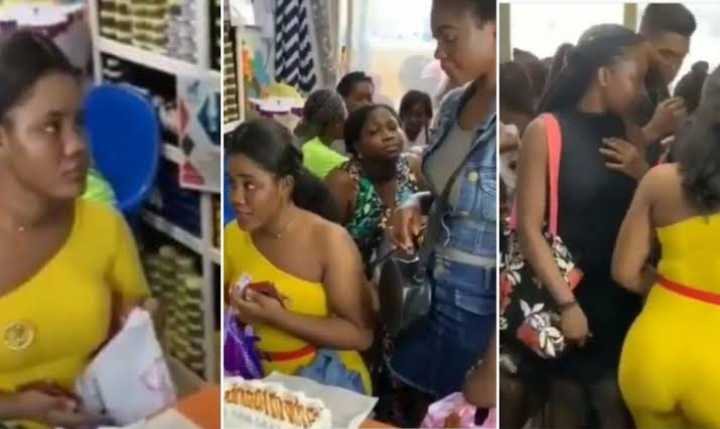 The young man said it got to a time where he started to suspect something fishy was going on since he always did everything for his girlfriend.

The man did not understand why he always paid attention to his girlfriend until he found a strange oil in his girlfriend’s purse and decided to investigate it.

Upon investigation, he found out his girlfriend got the oil from a lady on Instagram who does spiritual things for young ladies but admits he still loves her. 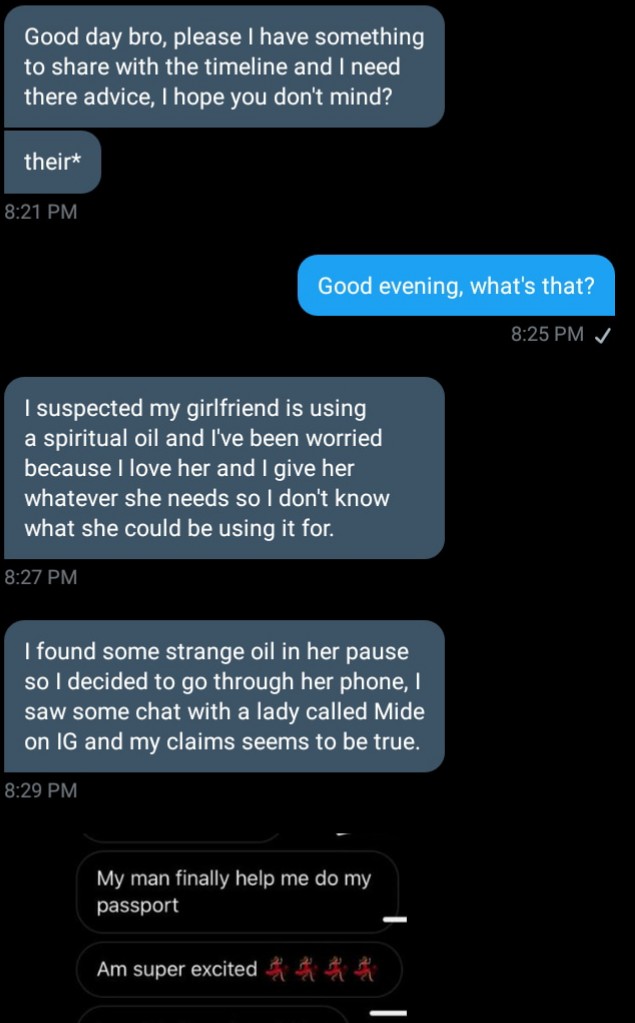 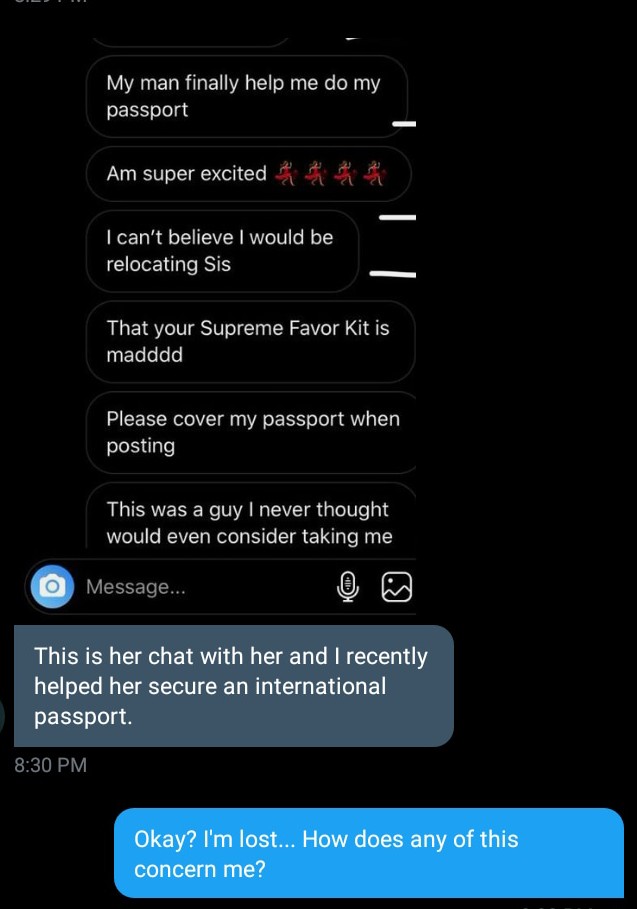 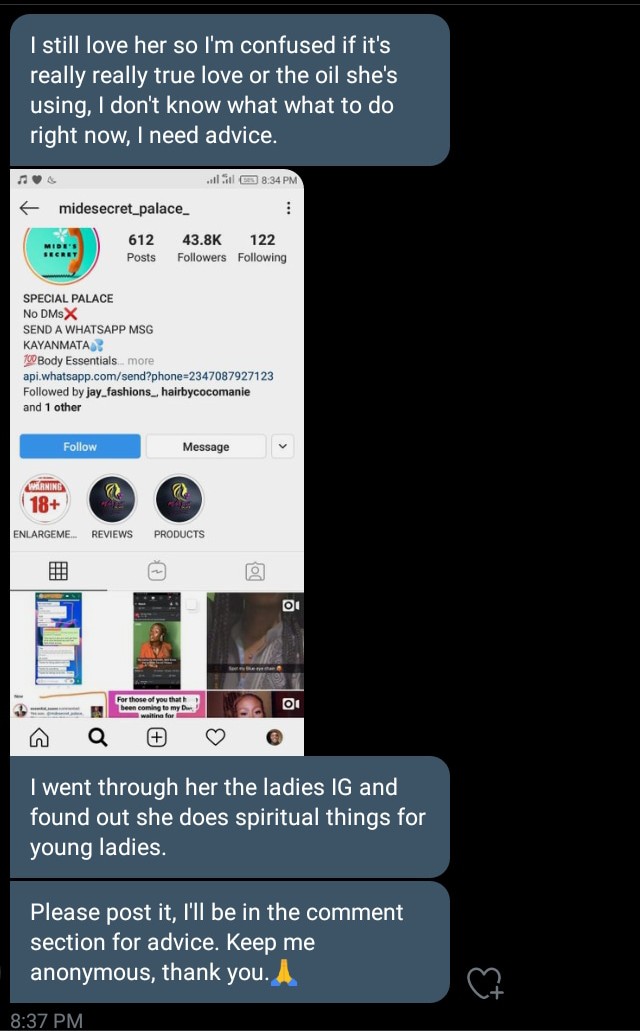 JUST IN!!! Man To Spend Four Years In Jail Over Theft, Conspiracy In Port Harcourt

GUYS!! I Have A Girlfriend Now, But Do I Need To Talk To Her Every Day? (Please Lecture Me)

JUST IN!!! Court Sends Civil Servant To 7 Year In Jail Over Involvement In Fraud

Simmy – We Were Here (Video)

My Love My Fate My Happiness (2021 Nollywood Movie)

Reflection of You (Korean)