Governor Aminu Masari of Katsina state blamed enemies of the All Progressives Congress (APC) for the attacks by bandits and Boko Haram in northern Nigeria.

This he said during a meeting with APC ward and local government chairmen on Sunday. 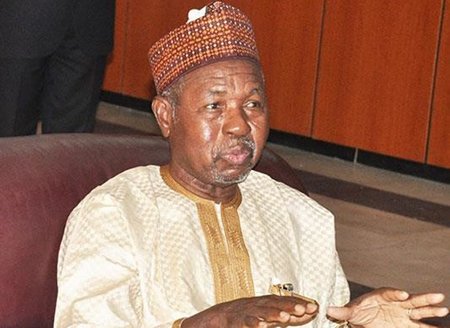 According to him, the increased attacks by bandits has led to abduction of people for ransom, killings and destruction of property.

Masari insisted that politicians are sponsoring the attacks to make the party appear not to be in control so they could be voted out in 2023.

“Most of the bandits and Boko Haram attacks facing the northern part of the country are sponsored by some politicians who are enemies of the present APC government at both federal and state.

“During the administration of President Goodluck Jonathan, there were multiple bombs in Maiduguri, Kano and even Abuja.

“The Kano bombing then killed more than 500 people. Mosques, churches and roads were closed due to insecurity but today, God has prevented us from such insecurity but we have forgotten.

“Today, politicians who are willing or intending to contest 2023 elections are sponsoring banditry because the way the bandits mastered how to operate guns and by how they specialised in ambushing soldiers, we should know that there is someone behind it.

“They are saying we dislodged the PDP administration because of insecurity, so they want to make use of insecurity to also send APC away, that is why all APC should be vigilante.

“The military and the police cannot do it alone, they don’t have the numbers neither do they have all the equipment required to complete the fight alone.

“Community members have all that it takes to inform and support the fight against insecurity.”