Six months after they got married in Uganda, 68 year old Swedish woman, Mona Lisa Larsson, has accused her 26 year old Ugandan husband, Guvnor Ace whose real name is Ronald Ssemawere, of using her to get into Europe. He's dumped her and now wants to marry a younger Ugandan woman.

Guvnor visited Sweden last December and has obviously started singing a new song. According to Monalisa, Guvnor Ace is seeking political asylum in Norway with this other women. She made the accusations in two post she shared on her Facebook wall yesterday. 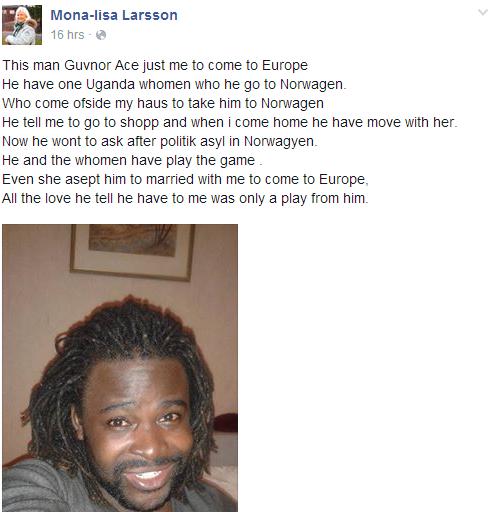 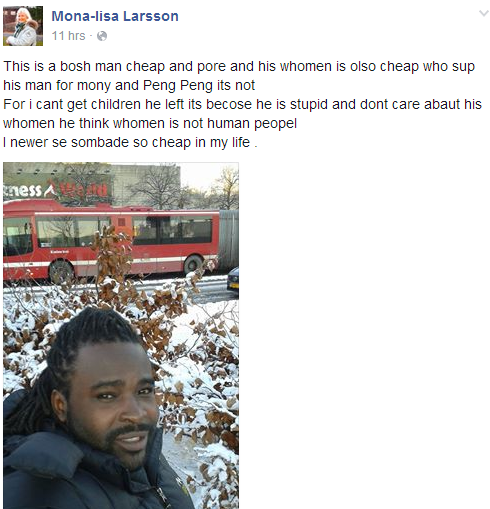