Ibrahim Magu, the suspended acting Chairman of the Economic and Financial Crimes Commission, EFCC, has denied the claim that he failed to account for the interest in the N550 billion recovered fund kept in the Central Bank of Nigeria, CBN, custody.

Recall that the Final Report of Presidential Committee on Audit of Recovered Assets, PCARA, surfaced at the weekend showing how interest rates accruing from N550 billion recovered by the anti-graft agency in the period from May, 2015, to May 2020. 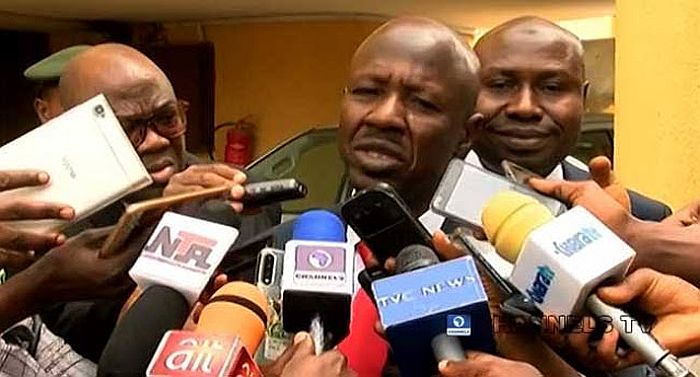 The report said the EFCC,

“Failure to report on the interest on actual lodgments clearly establishes that interest element of over N550 billion has been re-looted relating to the period under review.”

But in a statement by his lawyer Wahab Shittu on Sunday, Magu said such recovered fund kept with the CBN do not generate interest. 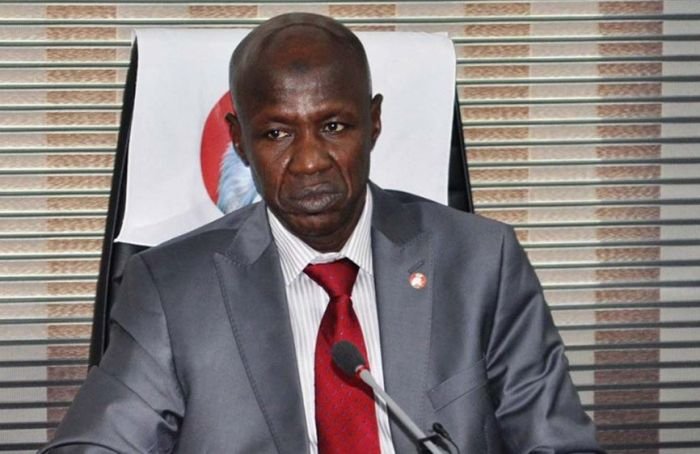 “It is falsehood that Magu placed N550 billion recovered loot into a deposit account.

“The alleged transaction never featured in the proceedings before the Salami panel. Magu was never confronted with any such allegation by the panel and the news is blatant falsehood.

“To the best of Magu’s knowledge, no such amount is in any such account and he remains aghast at such outrageous figures. No one has confronted Magu with such allegations.

“All recovered funds are lodged in the Treasury Single Account (TSA) with the Central Bank of Nigeria (CBN). Such recovered funds do not generate interest. This is elementary and can be verified from the CBN and the federal ministry of finance.

“This can also be confirmed from other government revenue generating agencies. Funds kept in TSA account do not generate interest.”

Recall that President Muhammadu Buhari had on Friday suspended Magu as the acting chairman of the EFCC.

The agency’s Director of Operations, Mohammed Umar, has taken charge and now oversees the activities of the Commission pending the conclusion of the ongoing investigation into Magu’s case.

Magu, on Friday wrote the Inspector-General of Police, Mohammed Adamu, asking to be released on bail.

In a letter dated July 10, 2020, Magu’s legal representative, Oluwatosin Ojaomo, asked Adamu to grant bail to his client on “self recognizance.”

The acting EFCC Chairman was arrested on Monday and taken to the presidential Villa in Abuja, where he is being interrogated by a panel headed by Ayo Salami, a retired president of the Appeal Court.

Forum
Actor, Mike Ezuruonye Finally Opens Up On Being Arrested For Fraud In UK
2 weeks ago

The legend of the dragon king
9 hours ago

My Virgin Maid
19 hours ago

My WhatsApp Visitor
8 hours ago

The Unbreakable Virgin
9 hours ago