“Don’t Freak Me Out! My Boobs Are All Natural”- Instagram Influencer Ada La Pinky Cries Out Against Haters

Famous Instagram celebrity, Ada Ebere, also known as Ada la Pinky has disclosed that contrary to people’s belief that she had a breast enlargement surgery, her big boobs are actually natural.

In an up-close interview with PUNCH, she described how people perceive her boobs to be fake and all that. She said: 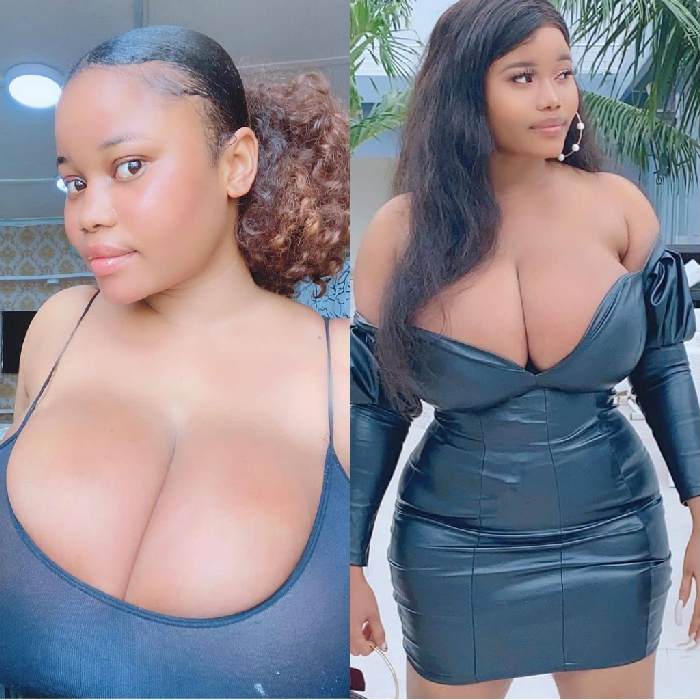 “People believe that my boobs are too big to be real but they are 100 percent natural. I have never done any surgery to make my boobs bigger. I used to be skinny a few years back until I began to gain weight. As I grew bigger, my also boobs grew. If one gains weight, every part of one’s body would become bigger.”

She was quizzed on how she started her career and she said:

“I started my career as a dancer and video vixen with the help of Clarence Peters. However, when I started gaining weight, I could no longer continue being a vixen. I felt I didn’t fit in anymore because of my size, so I decided to switch to comedy. My life has always been about entertaining people. I realized I had to do something better, hence I switched to comedy.”

“I have never used my fame to get anything for free. As a matter of fact, reverse is the case because I even give out. I feel I have been blessed, so I should also be a blessing to others,” she added.

I've Been Getting Death Threats Over My ‘Relationship Status’ - BBNaija Star, Angel Cries Out