Man Pours Hot Water On His His ’s Chest In Enugu

A man has been arrested for pouring hot water on the wife’s breasts in Enugu.

Naijaloaded reports that a Ghanaian man, Emmanuel Opoku, has been arrested by men of the Enugu state police command for allegedly pouring hot water on the breasts of his wife. Mr. Okpoku lives with his wife, his two children – a son and a three-month-old baby in Akwuke, Enugu State. 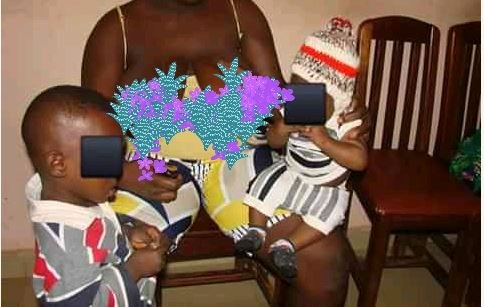 According to IgbereTV reports, the affected woman was assaulted by Opoku after she asked him for money to purchase some food items.

Mr Okpoku was arrested after the matter was reported last week at the Enugu Police Area Command. He will be charged to court immediately. His wife has been taken to the hospital where she is receiving medical treatment