Arsenal boss, Mikel Arteta, has revealed that Eddie Nketiah apologized to his team-mates in the dressing room after getting sent off against Leicester City.

Arteta, however, insisted that the player did nothing wrong. 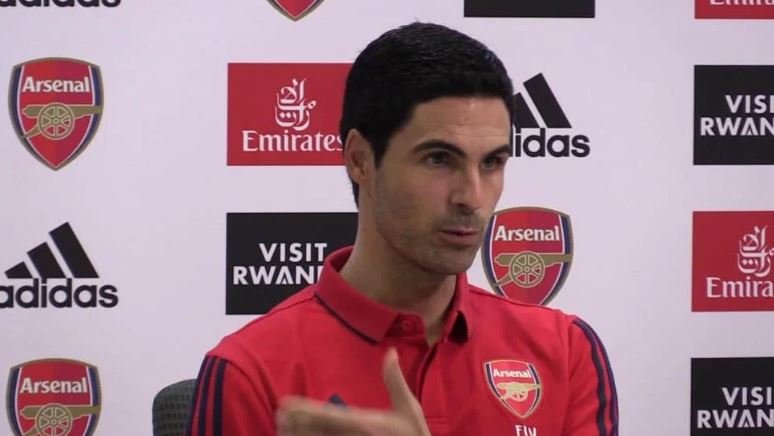 The Gunners took the lead through Pierre-Emerick Aubameyang on Tuesday night and then spurned several chances to extend their lead.

The turning point of the game came when Nketiah, just on as a substitute, mistimed a challenge, with referee Chris Kavanagh consulting his pitch-side monitor on the recommendation of VAR, before upgrading the punishment to a red card.

Leicester dominated from then on and equalized through Jamie Vardy.

When asked how Nketiah reacted to the red card, Arteta said at his post-match press conference:

“He’s disappointed, he said sorry, and he doesn’t need to do that.

“I know when he goes for every single ball it’s because he’s so willing to win every challenge, to be on the front foot in every action.

“He didn’t see the player coming up and obviously he doesn’t want to hurt anybody.

“So it’s part of the process. They are really young, they need to learn from this situation and hopefully, it won’t happen again.”

Forum
Game of Thrones: What Happened To Drogon After Daenerys' Death
1 day ago

Forum
Reactions As Nengi Reveals Her Real Age By Flaunting Her Int. Passport
4 days ago

KOTA The Friend – Dragon
17 mins ago

Polo G – For My Brothers
4 hours ago

The Third Day
10 hours ago