The Comptroller General (CG), Strike Force, the Nigeria Customs Service (NCS), Zone ‘A’ has raised a Debit Note (DN) of over N1.104 billion against importers, who paid lesser duties to the Federal Government across the six area commands in the South West in the last six months. 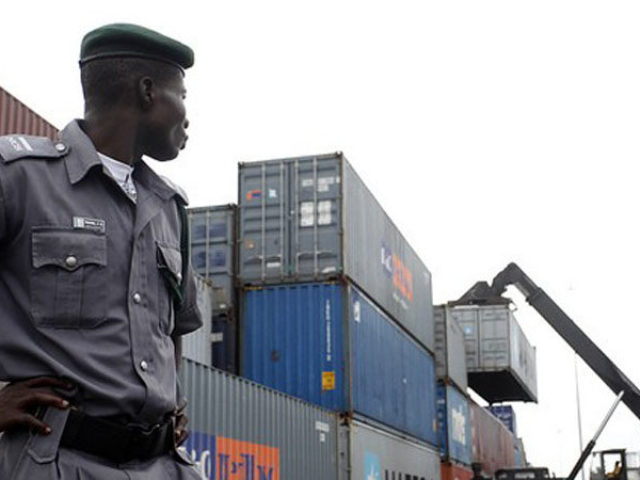 The Co-ordinator of the Strike Force, Assistant Comptroller Abba Kakudi, in a statement, Wednesday, said the Debit Note was issued on seizures between January 1 and June 11, 2020, adding that despite the COVID-19 pandemic, which affected the movement of goods.

Kakudi said in the last two weeks, the Strike Force has given a hard chase to smugglers, who were desperate to unleash economic sabotage on the country.

Giving details of the seizures, he said: “Our seizures include; 1000 bags of 50kg foreign parboiled rice with the Duty Payment Value (DPV) 13.252 million, 10 Tokunbo vehicles with DPV N31.184 million and 30 bales of second hand clothing with DPV of N2.160 million. It is important to say that in order to help the economy to grow, there is no need to import what we can produce here in Nigeria or bringing in prohibited items.”

According to him, the federal government has encouraged a lot of rice farmers to produce in large quantities and even healthier than foreign rice, adding that traders should avail themselves of this opportunity to market indigenous products to grow the economy maximally.

He said: “You will be surprised that in a bid to police the smugglers from bringing in these prohibited products, our officers face a lot of dangers, as most of the smugglers are armed; sometimes not necessarily with rifles but machetes, charms and other dangerous weapons, but we are not overwhelmed.”

“This ugly situation is experienced more around the creeks where inhabitants mobilise some under-aged people against us, to the extent of calling us names as well as some stoning us, all in a bid to make/secure seizures.”

He therefore appealed to those who believe that smuggling is very lucrative to desist from it, as the Customs officers are always a step above them in all their plots and strategies, saying that a smuggler is an economic saboteur, and such a trade cannot be the best means of livelihood due to the inherent dangers and attendant losses.

He decried that smuggling ruins the economy of any nation, adding that a lot of incentives have been provided by the Federal Government to revamp Nigeria’s economy, while warning importers and agents against aiding and abetting smuggling.

Simi gushes over her daughter, as she celebrates her 6 months birthday

‘Meet My Daughter, She Is Six Months Old’- Timaya Says As He Unveils Beautiful Pictures Of Baby Girl