Bayelsa State Governor Douye Diri has asked the state task force on COVID-19 to open worship centres that ran afoul of measures imposed by the state government to prevent the spread of the coronavirus in the state. 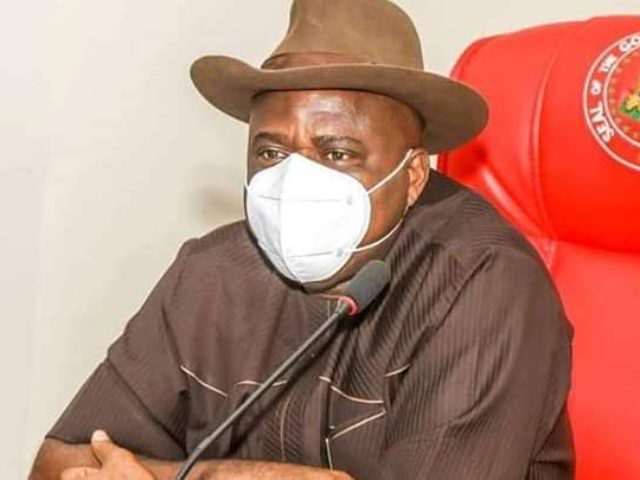 He, however, urged the violators to retrace their steps as his administration derived no pleasure in shutting down churches.

Diri, who gave the directive at an enlarged meeting with religious leaders in the state held at the Executive Chambers in Government House, Yenagoa, charged the religious leaders to partner actively and spiritually with his administration to avert a rise of the pandemic through conscious awareness on the threat of the virus to their congregation.

The Acting Chief Press Secretary, Mr. Daniel Alabrah, quoted the governor as having expressed concern over the daily update from the Nigeria Centre for Disease Control (NCDC) with the state recording 54 new cases on Tuesday.

He said all hands now have to be on deck to curtail the spread of the virus.

The governor announced fresh guidelines for churches to adhere to, saying: “All mid-week activities in all churches remain suspended till the end of COVID-19, including gatherings at home cells.

“For Sunday worship, hand sanitisers or running water and soap must be provided at the entrance of all churches.”

“Churches having multiple services should observe 30 minutes between services to avoid clustering of people. The essence is that we should not have a gathering of people that will easily transmit the pandemic.

“The seating arrangement should be two metres or six feet apart and it is compulsory for every worshipper to wear a face-mask. All Sunday services should be held between the hours of 7:00 a.m. and 1:00 p.m.

“May I also advise that the mega churches should have their own monitoring team to lighten the job of the state’s COVID-19 task force.”

Responding on behalf of the clerics, the Bishop of Niger Delta West Diocese, Emmanuel Oko-Jaja, expressed satisfaction with the leadership of the governor in addressing and curtailing the spread of the virus since its outbreak in the state.

Also, the immediate past Special Adviser on Religious Matters, Pastor Samuel John-Peters, re-affirmed the role of the various church leaders to assist greatly in the fight against the pandemic until it is terminated.

The Unbreakable Virgin
3 hours ago