Worried by the slow pace of work at clean-up sites in Ogoni, Rivers State, stakeholders have decried the ‘politicisation’ of the exercise, which has dragged for five years.

Urging the Federal Government to focus on the project, they called for restructuring to make the project more responsive, so that issues involving artisanal refining could be addressed with the funds provided. 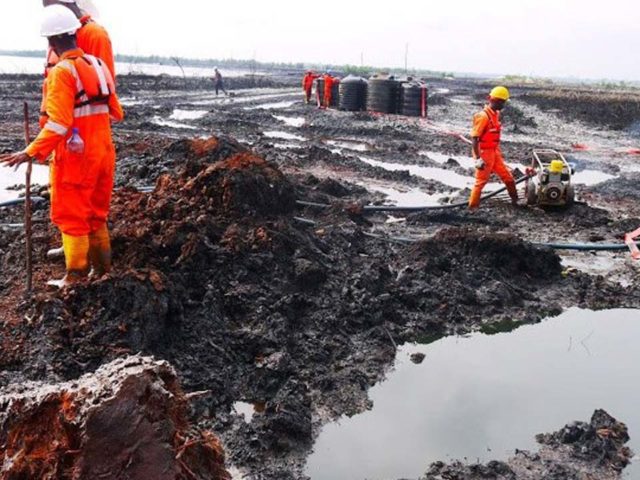 During a virtual conference organised by Kebetkache Women Development Centre, Dr. Patience Osaroejiji said the politicisation of the process affected many aspects of the remediation exercise.

According to her, this has impeded the quality of contractors given remediation work and the procurement bottlenecks. “In many Ogoni communities, particularly the impacted ones, unemployment is widespread, and when youths are idle, there is tendency to involve in vices such as cultism,” she said.

However, Fyneface D. Fyneface of Youths and Environmental Advocacy said they had stepped up enlightenment on modular refineries in line with Federal Government’s directives.

This, Fyneface noted, is aimed at addressing community concerns around artisanal refineries, calling on action and recommendations on the refineries on the clean-up process.

His words, “The fact that no contractor among the first 21 lots that were awarded has achieved 50 per cent after the first extension of their contract terms because of politics, incompetent contractors were given remediation contracts.”

On his part, Dr. Samuel Kabari said despite minimal progress in the implementation of the United Nations Environmental Programme (UNEP) report for Ogoniland, there was still significant work to be done, such as the land contamination legacy.

“We are concerned about the capacity of available laboratories in Port Harcourt to provide credible analyses of samples collected from remediation sites in Ogoniland. Re-pollution is a major threat to a successful clean up,” he said.

Edo 2020: We Are Satisfied With Voting Process ― Wike

Time To Clean Myself Up – Chelsea Star Drinkwater