Beijing Forced To Shut All Schools Amid Coronavirus Resurgence

Beijing authorities are closing all schools following a resurgence of Coronavirus in the area amid fears of a second wave.

On Tuesday, China’s National Health Commission confirmed that the number of new Covid-19 cases in Beijing had risen to 106. It comes after the capital city saw almost two months without a single new infection. 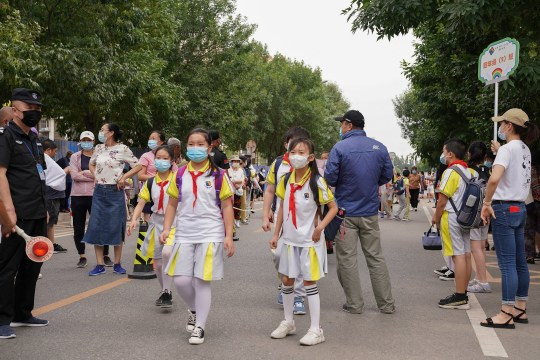 The city also changed its emergency response to level two as a result of the outbreak, meaning people will now have to be tested for the virus before being allowed to leave the region, while whole housing blocks have been placed under quarantine.

The new cases have been linked to Xinfadi market, the biggest wholesale market in all of Asia. Three other provinces, Liaoning, Hebei, and Sichuan have also reported confirmed or suspected cases connected to Beijing.

According to China Central Television, all schools will restore online courses, and college students will stop returning to campus.

Authorities have also closed 11 food markets and sanitised around 300 others. Food deliveries are not allowed past a certain point when dropping off takeaways to people’s homes for the main time.

China’s chief epidemiologist, Wu Zunyou, said the new Covid-19 cases ‘will determine where the epidemic is going’ in the next three days. He added that the outbreak indicated the virus could ‘start from a market’ and may also be related to ‘seafood and meat’.

TAAOOMA - The Hustle Is Real (Comedy Video)
23 hours ago

The legend of the dragon king
7 hours ago

The Unbreakable Virgin
7 hours ago

May D – Molatiwa É
9 hours ago