Nigerian crossdresser Bobrisky has been all over social media after a video of him in his normal form as a man surfaced the net. 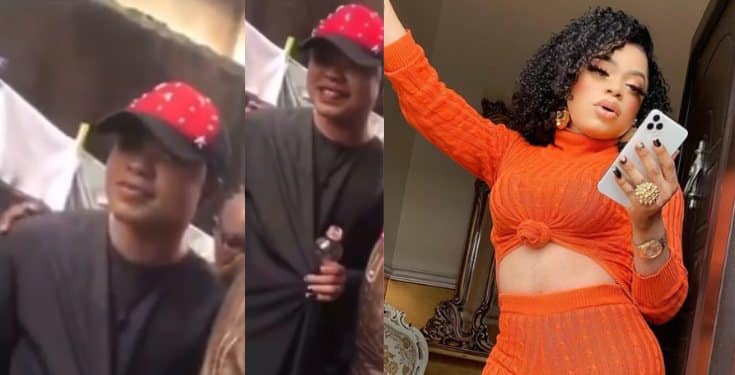 Bobrisky while going to his father’s place to celebrate his birthday yesterday dressed like a man and that has got people talking.

Some have been wondering if indeed he has changed into a woman or he’s still a man and is just doing all that on social media for money.

Others also believe he’s an obedient child hence showed up with his normal self to celebrate his father’s birthday and make sure he enjoys it.