A son of late General Sani Abacha, Sadiq has said that funds traced to his father and kept outside the country were done for a reason. 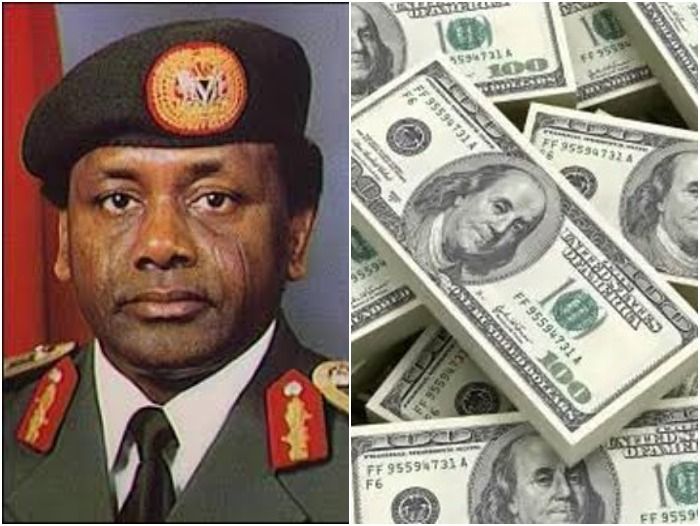 Sadiq stated this in an interview with the BBC Hausa Service on Wednesday, but failed to state what those reasons were.

He also said that, of all their father’s friends they only relate well with family members of a former military leader, Ibrahim Babangida.

He said they still had some relationship with the family of President Muhammadu Buhari.

Abacha, a former Nigerian military leader had continued to make headlines for bad reasons 22 years after his death, as billions of naira in foreign currency allegedly looted by him were continuously being discovered and recovered by succeeding governments.

His son, Sadiq shared how Abacha family members feel about discoveries and recoveries of their father’s loot as well as their relationship with Nigerians especially, the late father’s friends.

On how Abacha family members are being treated, Sadiq claimed that despite late President Musa Yar’Adua lifting the travel ban placed on thier family, that he and other family members were still being harassed whenever they travel in and out of the country.

”When Yayale Ahmed was Secretary to the Government of the Federation, he helped us and the travel ban on our family was lifted.”
”But up till date, I’m always interrogated at the airports anytime I’m travelling. They always say our names are still in the black book.
”We’ve been to the security agency and they have issued us with a clearance paper. That our names have been removed from the black book.
”But nothing has changed. I’m always harassed whenever I’m going out or coming into the country. I don’t know where to go and be listened to. It should’ve been a security agency, but I was there.
”Nothing has changed. Even recently, before this lockdown, I was interrogated when I returned from Dubai,” Sadiq said.

Noting that stories of reports of hundreds of millions allegedly looted by their father disturbed them, he said:

“We hear the report just as others used to hear. But there are reasons why the money was kept… Definitely, I’m not happy.”

On those the family relate well with, Sadiq said,

“Our present relationship with some of our late father’s friends is surprising. We exchange pleasantries with the family of General Babangida. We are in good terms.
“It is only with members of the Babangida family that whenever we meet, we associate and share stories.
”We also relate well with family members of President Muhammadu Buhari. But it’s only with the Babangida’s that we recall the past.”
Betting Tips on Whatsapp News Updates
Subscribe to Youtube
Related Forums