The brutal rape and murder of 22-year-old UNIBEN student, Uwa Omozuwa, has led to massive outrage on social media. 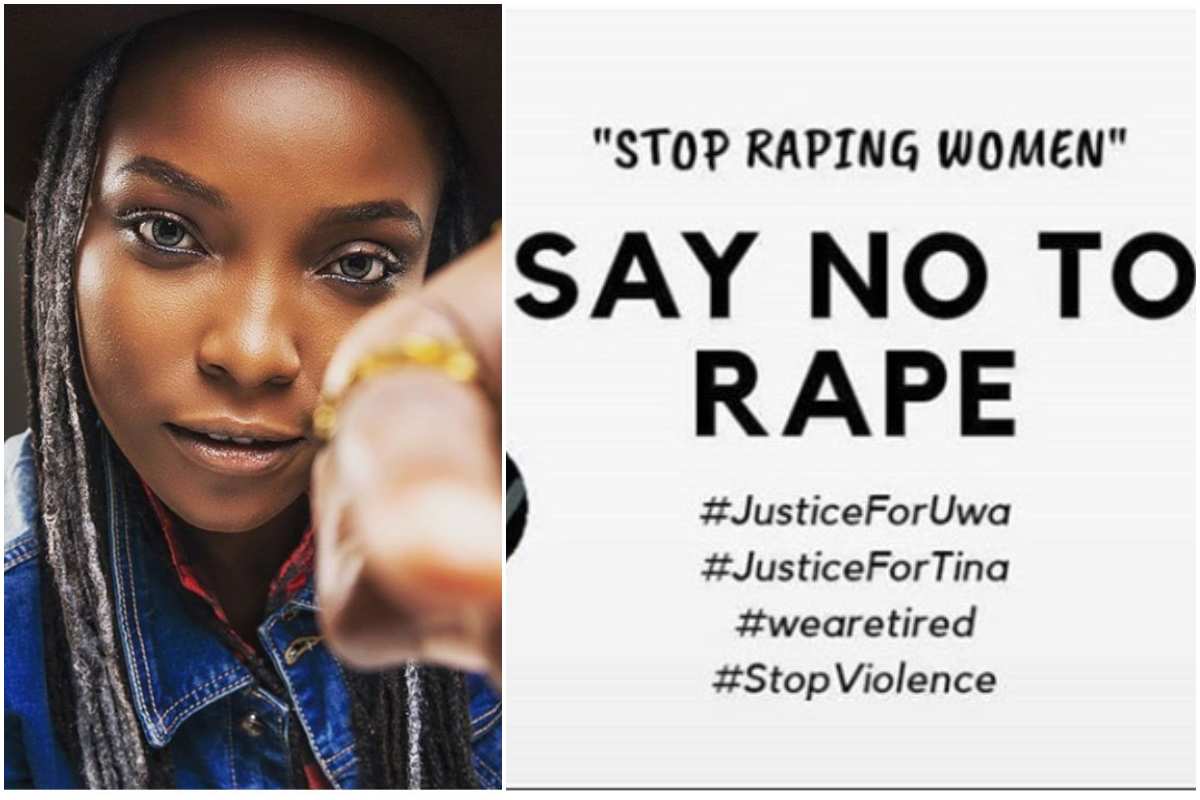 The 22-year-old victim was said to have been raped on Friday 29th May near Ikpoba Hill in Benin City, at her church, the Redeemed Christian Church of God (RCCG).

According to reports gathered, the deceased had gone to the church to read as she prepared for the possible school resumption after months of staying at home as a result of the lockdown order.

The perpetrators were said to have attacked her at the RCCG Ohovbe road branch, raped and smashed her head with a fire extinguisher, leaving her for dead.

Uwa’s assault in Benin has been condemned by Nigerians all over the country. With the hashtag, #JusticeForUwa, Nigerians are calling for Uwa’s attackers, who are still walking free, to be found and prosecuted.

Taking to Instagram, DJ Switch revealed that she was violated by her uncle, who is a Catholic priest, when she was only 11 years old.

She said the uncle, named Basil, used to forcefully touch her, then threaten her to ensure she remains silent.

According to DJ Switch, this is the first time she’s opening up about it and the only other people who know are her brother and sister.

Sharing her experience she wrote;

“I hadn’t posted about this in particular cus it was hard for me personally but I must say my story and be free of it! When people say “what did she wear?” “Where did she go?” “Why was she alone”?
I curse those people! I’ve never told this story outside only 2 people, my immediate elder brother Emma n my sis Lola!
I was a child, about 11years old when my uncle, as in real life relative uncle would forcefully touch me and threaten me on top that he would not bless me if I tell my parents, now here’s the shocker… He was a priest! His name is Basil.
I’m sure some of my family members will be shocked when they see this. As a kid, my clothing, being alone or with family, friends or playing outside should have never been a curse but just what a kid does.
Every man/woman in this world was born of a woman, a mother, sister, daughter… And I tell u, any woman who is violated against her will can and should lay a curse on the generation of the rapist! A child molester! A pervert!
There are women that do this too, though it’s mostly men that are caught out and so I curse those type of men and women that rape .. may their lust drive them to insanity and wretchedness! #justiceforuwaandtina”
Betting Tips on Whatsapp News Updates
Subscribe to Youtube
Related Forums

Sister of #EndSARS frontliner, Eromosele Adene narrates how the police 'deceived' her before arresting her brother (video)