The leader of the Shi’a group that performed Eid-ul-fitr prayer on Friday in Mabera, Sokoto state, Sidi Manniru has explained that the group confirmed the sighting of crescent of the month of Shawwal before it performed prayers. 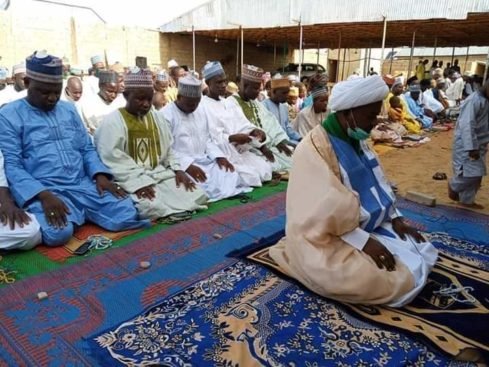 In an interview with Daily Trust correspondent, Manniru stated that based on their established procedures of sighting the crescent, some of their members reported from Yabo, Illela and Dukkuma town of Isa local government of the state.

When asked whether the group had communicated the sighting of the moon to the Sultan who chairs Islamic affairs in the country, the group leader said “Over 20 years, we have been following our own procedure of sighting the crescent which is not only for Ramadan but also for other Islamic months as advised by our leader Shiekh Ibrahim Zakzaky in order to avoid the crisis usually experienced at the end of Ramadan”.

Photos of the Eid prayer performed by the members of the group surfaced on social media, generating reaction from various ends. Manniru added that “We have members all over the country and we communicated this development to them”.

He said the prayer does not in any way signify revolt against other authorities because they also abide by government directives on closure of places of worship to stem the spread of COVID-19.

Members of the group started their fasting a day before other muslims.

Is It Only Women That Have Infertility Problems? - Pastor David Adeoye Queries Why Men Don't Come Out During Prayer For The Fruit Of The Womb