Popular Nigerian Disc Jockey, DJ Cuppy, has mentioned that she would love to be a part of Big Brother Naija 2020. 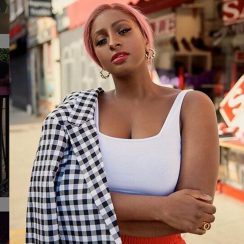 She took her fans unaware when she made the statement earlier, saying that she would very much like to be a part of the highly coveted reality television show.

Following announcement of the 2020 auditions for the show, an excited DJ Cuppy took to her official page on Twitter to react to the news. She asked if the show is coming back for real and added that may be she would finally get to enter the house for the forthcoming season.

Anitta – Me Gusta Ft. Cardi B, Myke Towers
4 hours ago

Young Nudy – All White
4 hours ago