A video which is going round on social media has captured the moment a man unleashed his anger after catching his wife red handed in a hotel room with another man. 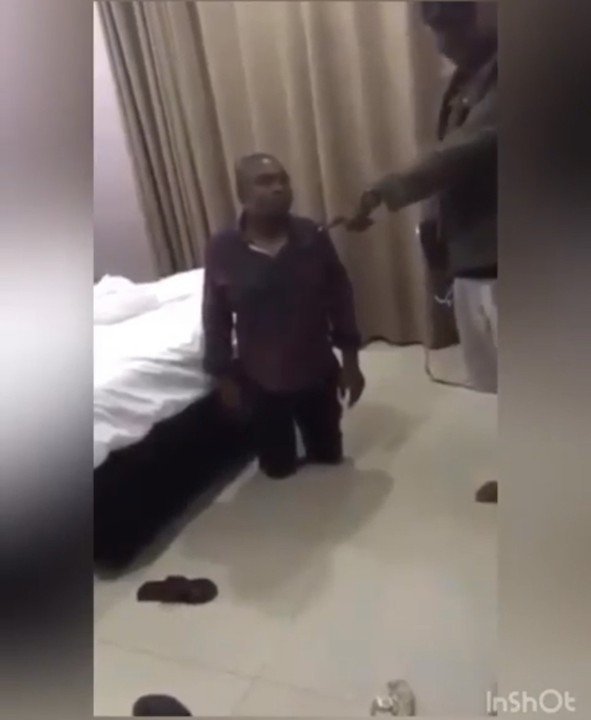 According to reports, the lady had gone to a hotel with her lover, and after some minutes, her husband arrived at the scene.

The lady who was shocked after seeing her husband in the same hotel tried to calm his anger down, but he kept on yelling at the both of them, especially his wife’s lover.

According to the husband, he has the right to kill the man for catching him in a hotel with his wife.

Watch the video below:-