Former Manchester United and England midfielder Paul Scholes thinks Real Madrid duo Luka Modric and Toni Kroos are the two modern-day footballers whose style of play is closest to his own. 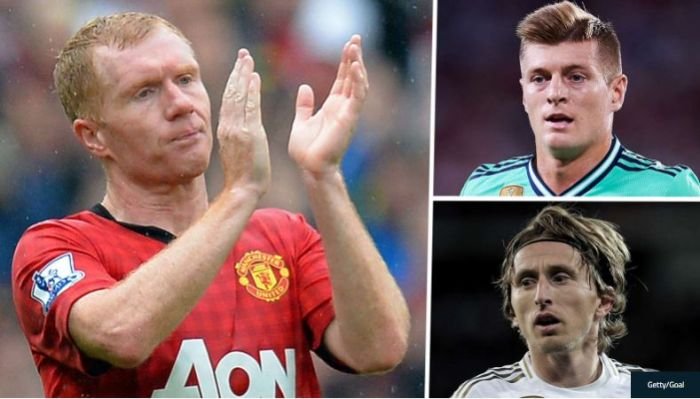 Scholes was a key figure for United throughout his career, helping them win multiple domestic and continental trophies, with an ability to connect play through the middle from deep as well as breaking forward with a knack for scoring spectacular goals.

Looking at midfielders in the modern game, Scholes is full of admiration for Modric and Kroos, and thinks they are his natural successors in the way they play the game.

“I’d like to think I played a little bit like Luka Modric. He’s different to me because he was quicker than me, he can beat a man, but I see certain traits in him, like controlling a game.

“It’s probably more towards Toni Kroos, as a passer and more of a controlling player. He doesn’t really get involved physically with people and scores the odd goal here and there. I think if I had to choose between the two I’d be more like Kroos than Modric.

“When I watch those two for Real Madrid in those great European Cup winning teams, they’re the two.”