The Federal Road Safety Corps, Ondo State Command, has intercepted a truck conveying 13 male youths, along the Ilesa-Akure Expressway at the FUTA area of Akure, the Ondo State capital.

The arrested youths, who were said to be almajirai from the northern part of the country, were coming from Osun State travelling through Ondo State before they were apprehended on Saturday. 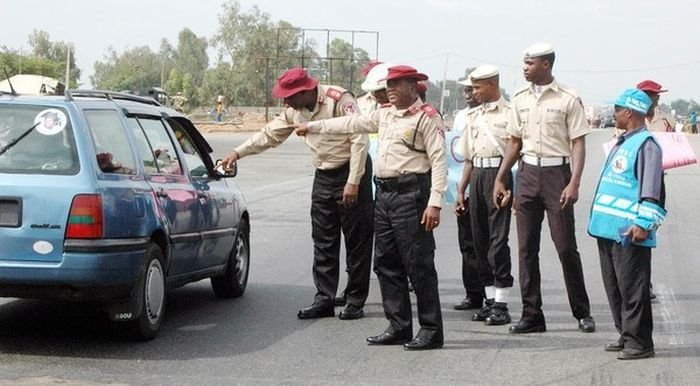 According to a source, the young people were packed with goods in a truck heading for Akure.

The state Sector Commander of the FRSC, Mr Rotimi Adeleye, explained that the patrol team of the command, which promptly responded to a tip-off from a member of the public, intercepted the vehicle at FUTA South gate junction, Akure.

He said, “On Saturday, our patrol team intercepted a truck conveying about 13 male youths from outside the state into Akure.”

According to him, the driver of the vehicle claimed to have picked the boys on his way from Ibadan, Oyo State.

The sector commander said the youths had been handed over to the state command of the Nigeria Police and the Ondo State COVID-19 monitoring team.

All efforts to reach the state Police Public Relations Officer, Mr Tee-Leo Ikoro, was not successful as his telephone lines were not reachable and he also failed to reply to the text message sent to him.

However, the Special Adviser to Governor Rotimi Akeredolu on Security Matters, Alhaji Jimoh Dojumo, who confirmed the incident, said the illegal travelers had been sent back.

“They were escorted back to Osun State immediately,” Dojumo stated.