Cristiano Ronaldo Was A Genius For Man United At 18 – Saha

Cristiano Ronaldo was always destined for greatness, says former Manchester United team-mate Louis Saha, with the Portuguese showing at the age of 18 that he was a “genius”.

The Red Devils snapped up a precocious talent from Sporting C.P. in the summer of 2003. 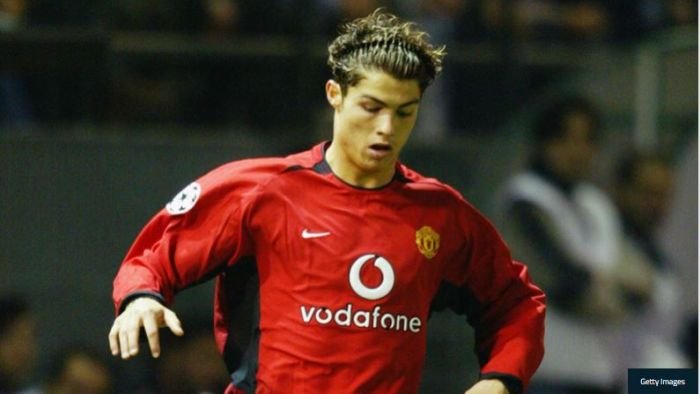 Sir Alex Ferguson was buying into potential at that stage, with Ronaldo a nimble winger whose game was more about flicks and tricks than record-setting hauls of goals.

Few could have predicted what the future would hold for a man who now has five Ballons d’Or to his name, but Saha admits there were early indicators that a rise to the very top would be made.

The ex-United striker, who moved to Old Trafford in the January after Ronaldo’s arrival, told MUTV of an illustrious former colleague:

“He always improved but I would say that his ways never changed [as a person].

“Throughout his career, you see the same dedication that he had when he was 18, maybe with less confidence as people were challenging him, and he had to prove that he was the best player.

“But to have that type of confidence to train, to work hard and to be consistent, no matter what people say, that was just an amazing skill. It was better than having talent because the way he was able to analyse, at that age, and grow and maintain those qualities – for me, it was genius.

“You ask anybody – working hard when you have that much talent, not everybody does this. You can get complacent or happy with your level and you think you have made it. But he wanted it way more.

“To have the vision to see something way more, when you’re already at United, at his age, it’s really hard. He managed to do that and that’s why I respected him so much.”

“Even though he was younger than me, I remember he said to me: ‘Louis you need to smile more when you play’. When the kids say that to you, when you’re older and have more experience, you say: ‘Hang on a minute’. But I realised it was so true.

“During his career, he could be cheeky in the way that he spoke to people, and people just could not understand and got frustrated because they were not in his league. He’s so above everybody that, when he speaks normally, it sounds strange for everybody. It’s amazing.

Solskjaer Reveals What Man United Strikers Must Learn From Cavani