Nigeria Stares Into the Abyss of a Life Without Oil Cash

Nigeria is getting almost nothing from its massive oil wealth, but it is a new normal many in Africa’s most populous nation are unprepared for. 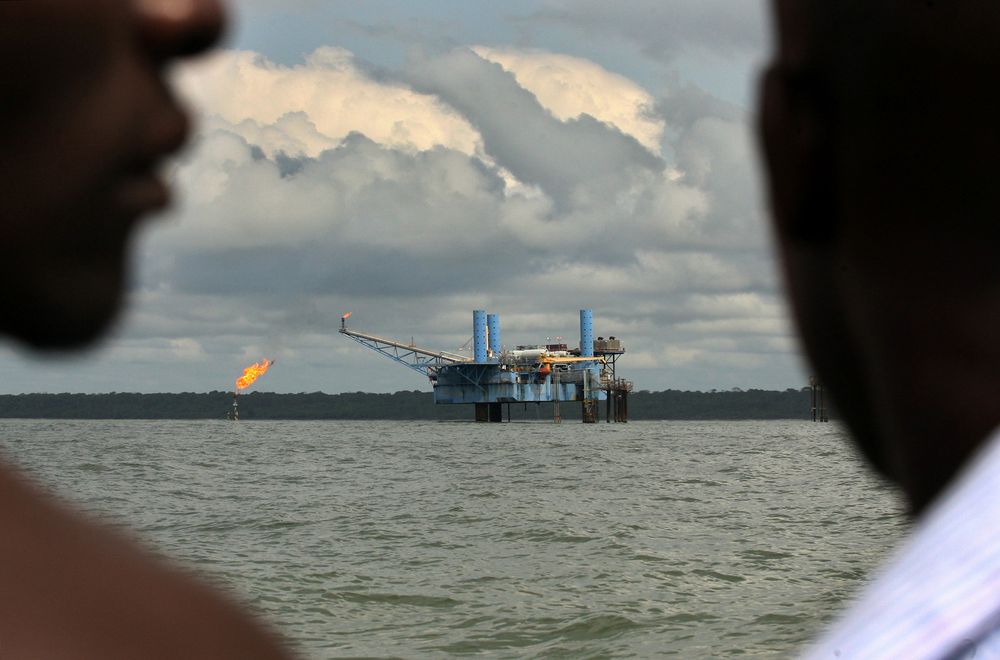 According to Bloomberg, while headline Brent-crude futures have rallied sharply in the past few weeks — rising above $31 a barrel on Wednesday — a glut of Nigerian oil is fetching about $10 less than that. It’s a level that means fiscal revenue for the continent’s biggest economy has cratered, woefully.

“It’s now dawned on everyone across the country how severe this threat is,” said Andrew Nevin, a partner and chief economist for Nigeria at PricewaterhouseCoopers LLP. “There is a possibility that at least for three to five years, there’s going to be no revenue flowing to the government from oil.”

Nigeria’s plight is playing out across the world: from Venezuela to Iraq and Iran, petrostates that are grappling with the same bleak future – one where their prized commodity is worth much less than it was, and where private companies often still want their cut.

Nigeria is faced with the twin challenge of dealing with the Covid-19 pandemic itself, and a slump in the price of crude, Finance Minister Zainab Ahmed said in a webinar on Tuesday.

“It’s a double whammy,” she said. “This has set us back significantly.”

Global efforts to fight the spread of coronavirus have driven oil prices so low that they no longer cover the cost of pumping barrels for many companies in Nigeria — let alone providing the government with crucial cash.

Nevin of PwC said at a webinar on April 30 that when oil prices are at around $20 a barrel, Nigeria gets very little for its oil. The commodity normally contributes about half of fiscal revenue.

The rout has been so severe that, having resisted borrowing from the International monetary Fund for many years, Nigeria has secured its first ever loan — $3.4 billion — from the Washington-based organization to help plug some of the holes that appeared in the country’s 2020 spending plan.

It’s also asked to borrow a further $3.5 billion from other development institutions, including the World Bank.

As of late April, the IMF was predicting Nigeria’s economy would shrink by 3.4% this year. Previously, it was anticipating 2% growth. Some economists now say the economy will shrink by close to 8%.

“It is no longer a secret that government revenues have collapsed,” said Clement Agba, minister of state for budget and national planning at therare citizenship webinar on Tuesday in collaboration with the UK’s

Even before the coronavirus halted mass-transportation systems and trashed oil demand, the rise of U.S. shale oil was already proving uniquely challenging for Nigeria.

Booming production from shale drastically cut Nigerian exports to the U.S. — once the destination for about 40% to 50% of the country’s cargoes.

Despite near rock-bottom prices, traders said on Tuesday that about a quarter of Nigeria’s crude oil cargoes for loading this month have yet to find buyers. They should normally have been sold out by now.

At least six tankers carrying about 4.5 million barrels of the country’s crude have been floating off Gibraltar and nearby Ceuta — just inside the entrance to the Mediterranean Sea from the Atlantic — since as long ago as the end of March, according to tanker tracking data monitored by Bloomberg.

A seventh vessel is about to join them. In normal markets, those barrels would go straight to oil refineries for processing into gasoline, jet fuel and other products.

“This is a period of crisis,” said Fortune Obi, who works for Shell Nigeria and is a spokesman of the country’s oil union for senior workers. “Job losses are imminent across the petroleum industry.

The impact of this will start reflecting from June and July. The reality is that some members will certainly be impacted. What matters most to us is how to manage the process of any of such expected exit.”

Another concern in Nigeria is that a period of economic distress could lead to a return of social unrest that dogged the country as recently as 2016.

The Niger River Delta, at the heart of Nigeria’s crude production, has suffered bouts of militancy and violence for years, with oil facilities targeted by people claiming they were unfairly treated by the government and big oil companies.

Nigeria’s worst outcome would be that its prices stay low and production is reduced by renewed unrest.

“There is a risk that this could lead to spikes in incidences of politically-motivated vandalism or theft, leading to production disruption.”

Although oil makes up just 9% of the Nigerian economy, crude exports bring in more than 90% of foreign exchange earnings. Non-oil revenues remain one of the lowest in the world, with 65% of GDP largely dependent on “recycling of petrodollars,” according to the IMF.

For years, banks have preferred lending to the lucrative oil sector. With 26% of their loans to firms producing crude, they risk collapsing if the low prices persist.

Pressure from the government and banks will keep oil wells producing to sustain dollar inflows even if it’s not economic to do so on paper, said Cees Uijlenhoed, chief financial officer First Exploration & Petroleum Plc, an independent producer.

His view, which is more optimistic than many, is that prices will reach around $50 a barrel by year end, and that Nigeria will be aided by the destruction of the U.S. shale industry.

The government’s focus will probably be on maximizing its revenue by curtailing output from high-cost producers, with deep offshore operators likely to be the hardest hit from such an approach, Uijlenhoed said, adding that shutting production “leads to zero cash-flow through the bank accounts and adds to the risk profile.”

The real question is how much Nigeria can afford to lose as a nation, and how much longer it can withstand those losses, said Kola Karim, CEO of Shoreline Energy, a big independent producer in the country.

His view is that there should be mandatory oil-production cuts in the country so that barrels aren’t produced at loss-making levels and revenue is deferred instead.

“It’s going to get worse,” Karim said. “The problem is a serious one and it’s not something that’s going to go away easily. I’m not sure what Nigeria is doing but for me this is an emergency that government should be attacking like Covid-19.”