Nigerian singer, Simi has been seen dancing to her own music while showing off her baby bump. 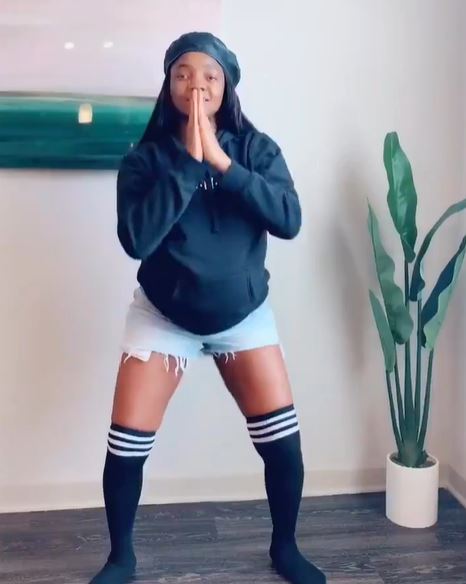 Nigerian singing sensation, Simi is expecting her first child with husband, Adekunle Gold and has been spotted grooving on the high in a new video.

The musician who released a new song dedicated to her baby, titled “Duduke” which is more like a letter to her child saying she can’t wait to meet it and ever since its release, a challenge has emanated using the song on social media.

Female fans of the singer create virtual babies using towels or clothing and make a video of them dancing and singing to the song which the singer will later repost on her page.

Her fans have however, requested that she participates in the challenge too as they also want to see her dancing with her baby bump.

The lovely has now granted their request as she uploaded a video of herself dancing with her huge baby bump to her “Duduke” song. She asks that her followers mimic her dance steps and make videos of themselves too.