An official of the Nigeria Security and Civil Defence Corps, Mbam James has been caught smuggling two people into Ebonyi. 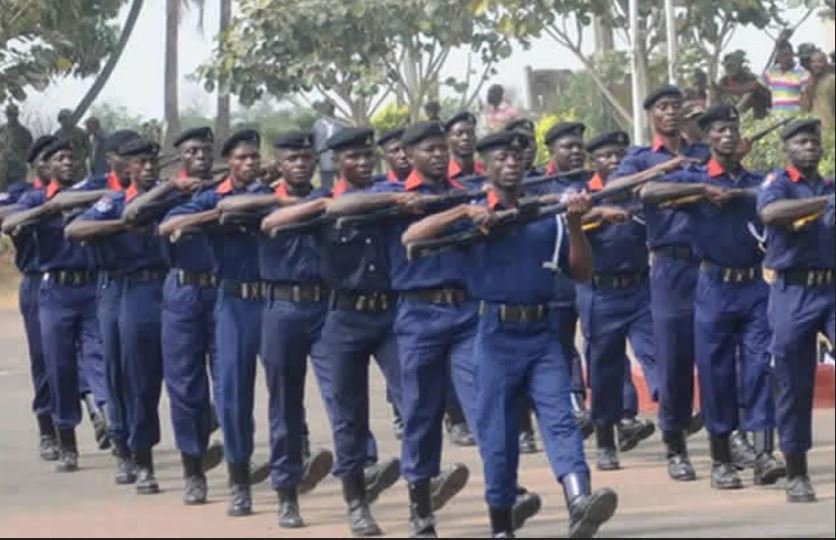 According to a report by Saturday PUNCH, the Ebonyi State Commissioner for Internal Security and Border Peace, Mr Stanley Emegha, on Friday, confirmed the arrest of an official of the Nigeria Security and Civil Defence Corps, Mbam James.

James, Saturday PUNCH gathered, was attached to the Orumba-Umunze area, in Anambra State, and was allegedly smuggling two passengers on his motorcycle into the Ebonyi State.

In an interview with journalists in Abakaliki, on Friday, Emegha noted that the NSCDC official was arrested by members of the Ebonyi State Neighbourhood Security Watch at Timber Shade axis of Afikpo North Local Government Area, of the state.

He said, “I received a call from members of the Neighbourhood Watch at Afikpo North Local Government Area of Ebonyi State, that a personnel of the Nigeria Security and Civil Defence Corps, who was carrying two persons on his motorcycle coming to Abakaliki, has been arrested.

“As part of the state government’s policy that any indigene of Ebonyi State that gets to the boundary should not be sent back but should be brought to the withholding centre and be quarantined and tested for COVID-19 before he or she would be allowed to go home, so I directed that the NSCDC staff be arrested alongside the two passengers he was carrying and brought to Abakaliki.”

"How Are People Supposed to Survive?" - TBoss Cries Out Over Increase in Price of Cooking Gas