Heartbreaking Story Of Father, Mother And Son Who Were Killed By Coronavirus Within 16 Days

The really sad story has been told of a father, mother and their son who were killed by coronavirus within 16 days. 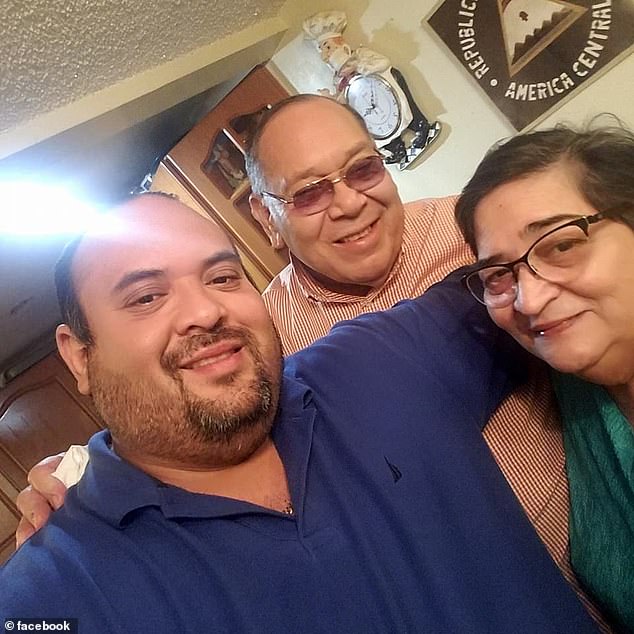 A triple tragedy has claimed the lives of a son, mom, and dad from coronavirus just 16 days apart - leaving behind a daughter who beat the killer bug.

Mario Mayorga Jr, 42, developed a fever and dry cough in mid-March and was told by a doctor to self-isolate at home.

His health rapidly deteriorated, however, and he was hospitalized with symptoms so severe he needed bypass surgery and a ventilator, the New York Post reported.

After testing positive for coronavirus in hospital his family, who all lived in the same home, were tested.

Mom Esperanza 72, dad Mario (also 72) and sister Violeta (45) all initially returned a negative result but were retested and told they had the virus a week after Mario Jr's diagnosis.

His parents - who were due to celebrate their 50th wedding anniversary - and sister were also hospitalized because of their symptoms.

The single mom, who is now unemployed, is recovering at the family's Miami home quarantined from her eight-year-old son, Local10 reported, after losing three of her family members in the space of just 20 days.

Mario Jr's cousin Marcela Lastre, 33, said: 'They all lived together so her entire world has been flipped upside down at this point.'

'It was about three to five days from one person showing symptoms to the next one,' Lastre added. 'We thought they would all show symptoms at the same time.'

Lastra said they don't know where Mario Jr. was infected with the virus.

He was a frontline supervisor for a cleaning service that includes Miami's Mt. Sinai Medical Center among its clients.

She said Mario and his parents' health deteriorated so rapidly that she wasn't sure if he was ever told his parents had died before his own passing.

'Between the ventilator and the sedatives, I don't know how much he was aware of in the last few weeks,' she added.

The family had lived in the US for around 20 years, having immigrated from Nicaragua in the 1980s.

Mario Sr. worked in a funeral home and Esperanza as a nanny for many years before becoming a homemaker.

'They were grateful to be here and become US citizens,' Lastre said. 'This has been a family who has been together for so long and built so much together.'

A fundraising page set up in their memory has so far raised more than $37,000 to help with funeral costs.

Florida has seen close to 33,200 confirmed cases of the killer bug and more than 1,200 deaths so far.

The statewide stay-at-home order is due to expire on May 4, when phase one of Gov De Santis' re-opening will begin.

Schools will remain closed and face masks recommended - but not enforced - when outside the home.

Hospitals will resume surgeries will resume and restaurants have been told they can offer outdoor seating with six-foot space between tables and operate at 25 per cent of indoor capacity.