The Special Adviser on Media and Publicity to President Buhari has said the person who leaked his speech has been nabbed. 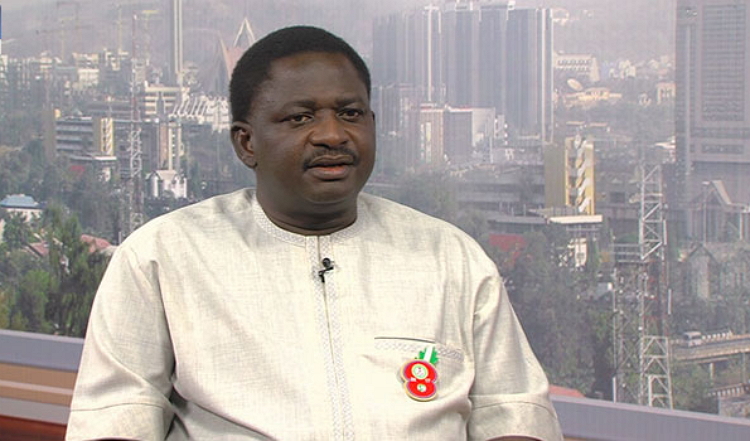 According to The PUNCH, Femi Adesina, Special Adviser on Media and Publicity to President Muhammadu Buhari says the “Enemy of the State” who leaked his principal’s draft speech on Monday is “already answering for his evil action”.

The social media had been inundated with the President’s draft speech a few hours before his address to the nation on Monday.

The document, though marred with typos and other errors, showed some similitude with the one which was later read by the President.

However, a striking difference was that the draft copy stated that the lockdown in Federal Capital Territory Abuja, Lagos and Ogun States, would be lifted on Saturday, May 2.

But Buhari in his address later that evening said the gradual easing of lockdown in the three places would be effective Monday, May 4.

Reacting on Friday through his column, ‘From the Inside’, Adesina said “an Enemy of the State struck in Nigeria on Monday”, adding that the person was guilty of “sabotage” and “does not wish his own country well at all”.

He said, “I took a look at the circulating document, and within one minute, I knew that it was a rogue copy.

“I made a few phone calls to those of us involved with the script, right from origination, which was from outside the Presidency, to final editing, which I did, and the conclusion was easy to reach.

“Who would do such a thing, except an Enemy of the State, someone who wants to ridicule the government?

“But he forgot that in these days of technology, almost everything leaves a trail. Before the end of that evening, computer evidence had narrowed down the suspect, and he was already answering for his evil action.”

The President’s spokesperson lamented that some media houses (not The PUNCH) fell for the “sinister” motive of the person as they published the ‘May 2’ date contrary to the ‘May 4’ date announced by his principal during the broadcast.

“There is a way we release information from the media office of the President. And the media knows it. If a presidential speech was to be given ahead, there would be an embargo on it for a particular time. The circulating copy bore no embargo, yet they fell for it and got embarrassed by publishing inaccurate information,” he said.