With the ongoing brouhaha surrounding the founder of International God’s Way Church Bishop Daniel Obinim, a young man known as Demon Breaker has made more allegations. 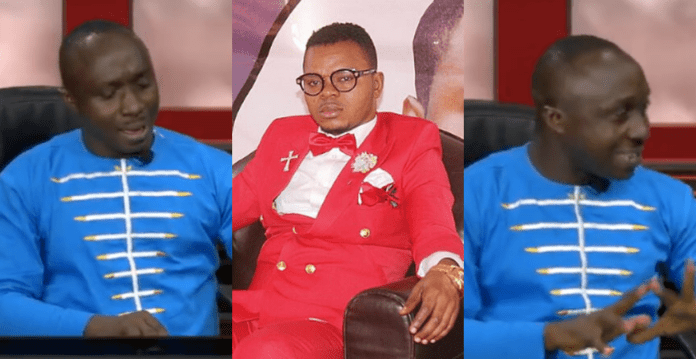 Demon Breaker, a former fake pastor who says he has turned a new leaf after being an occultist for several years and also having worked with Obinim for some time has revealed how Obinim made him sleep with his own blood sister.

Speaking on NET2 TV on Monday evening, Demon Breaker known in real life as Michael Adu said he went to Bishop Daniel Obinim to fortify him to become a great ‘fake’ pastor.

According to him, he used to be a very powerful pastor some years ago but certain things led to his downfall as he even ended up in prison for a couple of years and upon his release, he wanted to become that famous and great pastor he used to be. Then he took to Bishop Obinim to help him achieve those dreams and had quite an encounter with the latter.

Watch the interview below and share your thoughts with us:

BE HONEST!! Is There Anything Wrong To Sleep With A Married Woman (Another Man’s Wife)??

LET’S TALK!! Is Bishop David Oyedepo A Real Man of God or A Businessman?