An Anglican Arch Bishop who staged a one-man protest at the Chinese embassy to lament about the ill-treatment of Nigerians in China has been arrested by the police. 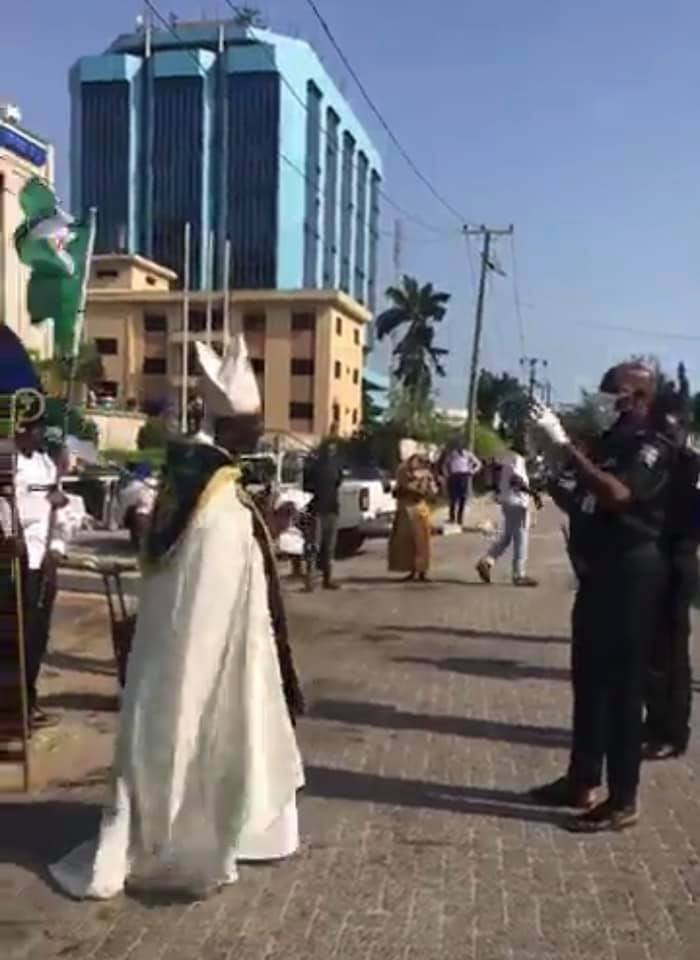 Recall that few days ago, some Nigerians living in China raised an alarm of allegedly being ejected from their homes and being forced into isolation facilities. This was however resolved after the Speaker of Nigeria's House of Representatives, Femi Gbajabiamila intervened.

The General Overseer of Resurrection Praise Ministries International was accused of defying the lockdown order issued by President Buhari, to lead a protest he described as a "one man protest against the inhumane treatment of Nigerians and Africans at large in China".

Here is a video which captured moment he was being confronted by police officials before being led into a police van;

The Moment Wizkid Tried To Lift Up Tems During Performance (Video)