Are we going to invite soldiers to flog crowd that came for Abba Kyari's burial? Garba Shehu reacts to non-observance of social distancing at CoS burial 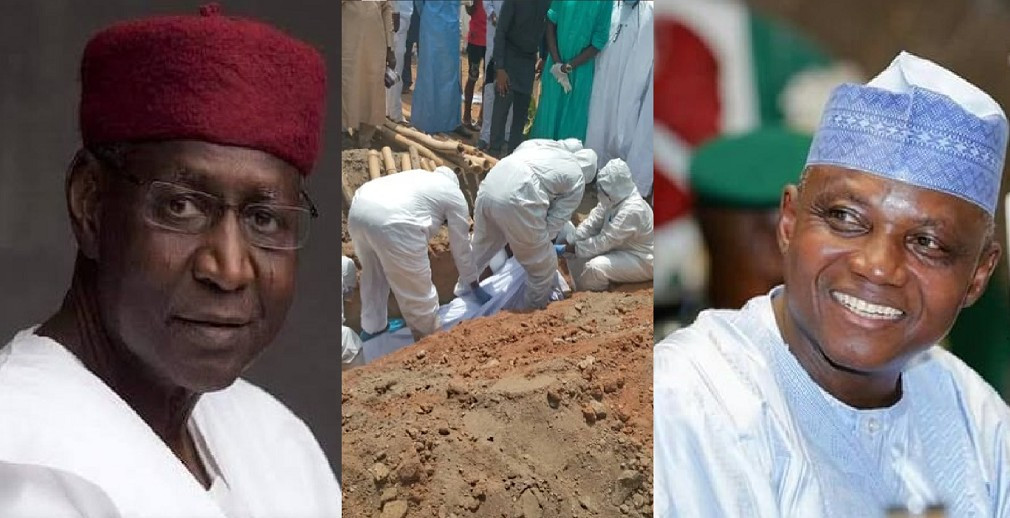 Speaking to journalists after the event, Garba Shehu stated that there was nothing they could do.

The Presidential aide who insisted that the burial ceremony was a private one, said most of those who turned up for it were not invited and they could not have brought in soldiers to flog and chase them away, because they were there to pay their last respect to the late CoS.

Garba Shehu further revealed that the burial ceremony was delayed in their attempt to maintain social distancing, but had to proceed as more people kept trooping to the cemetery.

“Was there any invitation for the public to come for the burial? Go back to my Twitter handle and read what I posted. From 10am, when we picked up the body at the airport, we sent a message out that the funeral will be private and that the public should please go and pray for Abba Kyari.
“We also said no condolence visits to the President and family. What can we do? Are we going to invite soldiers to flog people who came to pay their last respect to the man?
“We didn’t invite people. We were trying to move people back and observe social distancing and it was delaying the funeral. We just have to do it because people are not ready to leave. What are we going to do?”
Betting Tips on Whatsapp News Updates
Subscribe to Youtube
Related Forums