What Our Days In Isolation Felt Like - Gov. Fayemi, Niger Commissioners Speak On Coronavirus Experience

Ekiti state governor, Kayode Fayemi and some other persons have opened up about what their period of isolation felt like. 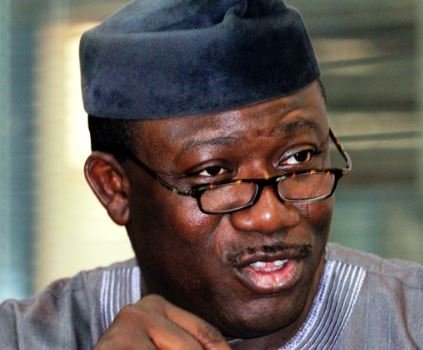 Also reliving their “difficult times” in isolation were the Niger State Commissioner of Finance, Alhaji Zakari Abubakar, and the Chief Press Secretary to the state governor.

Speaking out from self-isolation with our correspondent through his Chief Press Secretary, Yinka Oyebode, Fayemi said the 11 of the 14 days he had spent in isolation were fairly difficult because of loneliness.

The governor said he went into self-isolation on March 24 following his close contact with two people who tested negative for the virus.

The Nation gathered that Fayemi had met the Bauchi State governor Senator Bala Mohammed and some of the presidential aides who tested positive for the virus at the Nigeria Governors’ Forum and National Economic Council meetings respectively.

The Governor who claimed to feel well as he had yet to experience any of the symptoms associated with COVID-19, said he undertook the COVID-19 test on March 25 to ascertain his status with respect to the pandemic.

According to him, he tested negative for the virus on March 27, having gone into self-isolation with the purpose of protecting people that might come in contact with him.

Governor Fayemi said: “I must confess that the period of waiting for the result of my test was a difficult moment for me.

“As a responsible leader, my thought was not about my result but about people around me and those I had made contacts with.

“The fear of someone being infected through me was more tormenting than my own personal wellbeing.”

The Governor said he depended on online audio and video conferencing for social contact, stressing that directives were given to his aides through calls, text messages and WhatsApp.

Oyebode clarified that his principal was isolated in his official quarters at the Government House, saying “what he did was to work from home and most of his aides got directives through phone call, SMS, WhatsApp messages. And from there, he also did some online conferencing.

“Governor Fayemi has been working from home. Lucky enough, the Government House is fitted with a lot of gadgets so he could do teleconferencing like he did with Nigerian Governors’ Forum and with some couple of meetings.

“It wasn’t so funny for him. He was doing video conferencing. He did one with one NGO. They had their meeting. He did some meetings that are pending with some individuals. Even TV interview were done by Skype for him.

“Like he pointed out, those days were no funny time for him, as his wife was also in isolation.”

While expressing appreciation to Nigerians, most especially the Ekiti ketes for their love, concern and good wishes for him and his family, Fayemi assured that he would soon resume in his office.

The Niger State Commissioner of Finance, Alhaji Zakari Abubakar, recalled that he and other commissioners in the state were asked to go into self-isolation along with Governor Abubakar Sani Bello, following the governor’s contact with some confirmed cases, but the governor was negative.

Recalling the isolation period, Abubakar said: “After we were asked to go on self-isolation, I asked my wife and children they had to leave the house. So my family was away.

“It was not an easy period for me. I practically lived from my room to my sitting room to my study and my veranda. That was where I confined myself.

“Even my security, I asked them to keep away from me. It was not easy.

“When they brought food, they would keep it in the dining and leave, and I would go and pick it up and go back to my isolation space.

“Throughout that period, I was always washing my hands and sanitising them. I cleaned doors handles, tabletops and ensure everywhere was clean.

“The nature of my job made it very hard for me during the isolation period, because with the way the state was, there was a lot to be done, but I had to delegate duties and monitor others via phone and video calls and emails.

“I felt as if I was left behind because the rest of the world was moving forward while I was confined to one place.

“I held zoom meetings with financial advisers. I tried to ensure that things were okay and things that needed to be funded were done over the phone and electronic mail.

“I was apprehensive when we were told to isolate ourselves because I wondered how the society would react, especially as we were still advocating that there should be no stigmatization.

“Our people normally stigmatize people with some ailments, leading to people not disclosing their status. So, I wondered how I would be treated if eventually I got it.

“Being in isolation is very hard because you are in isolation and hear the death of relation or friend and you can’t attend their burial or condole with the family except through electronic means.

“It was also difficult because the job I do needs me to be on the ground most of the time so that I can know what is going on, but I had to just make do with what I had which was the electronic means.

“As regards my family, they were very supportive. I received calls from them daily but told them they could not come and see me. It was a very trying and apprehensive period for me, but I am glad it is over and I can return to work.”

Chief Press Secretary to the Niger state Governor, Mary Noel Berje, who was also on self-isolation, explained how she went through the process

She said: “When we returned from the journey before the order of self-isolation, I had hugged my children and played with them. So when the order for us to self-isolate came, I did so with my children.

“During that period, although I was confident that my principal, the governor, couldn’t have been positive because he had always been cautious, we all had to take that preventive step as we were directed.

“That period, people were supportive. They called and prayed for me and I asked them not to come to my house.

“I would say in my entire life, that was the period I received the highest number of calls.

“It was a trying period because I could not go out. I had to do everything by phone, and looking at the nature of my job, that was very difficult.”

‘All Nigerians’ Are Asking Me To Run For President’ – Gov Bello

Why we banned open grazing in Southern Nigeria - Gov Akeredolu

“If Not For Davido, We’ll Be Worshipping Some Artistes Like gods" - OlaDips