Femi Adesina, the Special Adviser to President Buhari on Media and Publicity, has once again dismissed the call made by some Nigerians for President Buhari to make it a priority to address the nation frequently on measures being taken by his administrtaion to curb the spread of Coronavirus in the country. 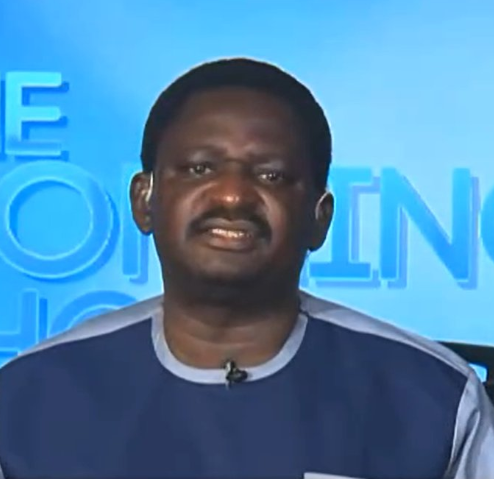 Adesina who appeared on Arise TV on Friday morning, said what matters is results and not addressing people as often as possible.He mentioned that the President of China where the pandemic started from, never addressed his people for once but the country has been able to beat the pandemic. In his words

''This pandemic started as an Epidemic in China, became a pandemic and China after 10 to 12 weeks, has succeeded in beating the situation. But do you have it on record that the Chinese president spoke once to his country? It is not on record that the Chinese president spoke once to his country yet they have beaten the pandemic. It is beceause action speeds louder than words.
I have responded to this before. I know some rogue elements in the media tried to tilt it against me saying that I said it's not the president's style to speak to Nigerians. That is not what I said. I said style differs from person to person. The style of the Chinese president was not to speak but to act. The style of the American president is to speak as much as possible to his people. But is it not results that matter at the end of the day? The president has set processes, procedures and machinery in motion and as long as they are working and talking to Nigerians, that is all that matters
There is a saying that too many cooks spoil the broth. That saying remains true yesterday, today and tomorrow. What do we have to gain from the babel of voices. The president like I have said before, speaks when it becomes imperative. As at last Sunday it became imperative to speak to the country and he has spoken. If in future in the likely event that this last longer and he needs to speak again, he would speak but he is not the person that would talk everyday.'' he said

Adesina was also asked to address rumors that a high ranking official within the Aso Rock had died from Coronavirus as well as news of Abba Kyari being relieved of his job after he tested positive for Coronavirus. Responding to the questions, Adesina said

The times do not call for scepticism at all rather it calls for believing factual information not to follow false and fake news. The two you have mentioned are obviously false, obviousl fake and thrown out there by mischief makers. There is no truth to the two news items'' he said