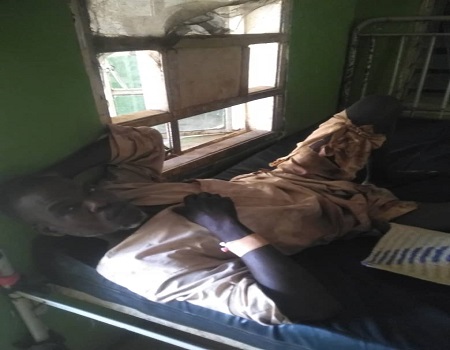 Nigerian Tribune reported that the bloody attack lasted for close to three hours, also left about twenty people injured while foodstuffs, cows and other animals were also rustled.

One of the victims who survived the attack, Umar Nuhu, a fifty-five-year-old man, who spoke from Hospital bed, disclosed that about twenty-two people were killed while fourteen others were injured by the bandits.

According to Nuhu, “they entered our town at about few minutes to 4 pm and spend close to three hours to operate in the town.

“They came in a convoy of over two hundreds motorcycles with each of them carrying three persons fully armed.

“After killing our people, they left with foodstuffs, cows, and other animals and later burnt down the shops in the market” he added.

He also disclosed that four of the injured people were rushed down to Orthopaedic Hospital in Wamakko local government for proper medical attention.

Also speaking, Alhaji Garba Suleiman, a retired Civil servant who pays for the hospital bills of the victims, disclosed that he has been responsible for their payment.

“I spoke with the Chairman of the local government and he promised to offset the bills but for the main time, I am here for my people.

“It was a saddening experience with what we witness yesterday in the town and I pray such ugly incident should not occur again,” he added.

He, however, called on government at all levels to improve on the security of the area, especially the border towns to guide against such occurrence.

According to his statement: “Upon information received from Gangara Police Post posits that a large number of armed bandits stormed Gangara village at about 1630hrs on motorbikes.

“The joint Operation Puff Adder and Military patrol teams were drafted to the scene, efforts were made by the bandits to ambush the response team but were unsuccessful, due to strategic response of the team to the laid ambush.

“After a fierce gun duel, the bandits retreated and escaped into the forest with gunshot injuries while one bandit was shot dead.

“However, unfortunately, 22 bodies were discovered to have been victims of sporadic shooting embarked upon by the bandits on arrival.”

The statement further disclosed that the Commissioner of Police Ibrahim Sani Ka’oje had since directed investigation led by DC SCID into the matter.

While commiserating with the families of the deceased, people and Government of Sokoto, the CP vows to bring perpetrators of this dastardly act to book and solicits stronger community partnership in policing the state.

Forum
Workers At Indomie Cry Out: ‘We’ve Not Been Allowed To Leave For Six Months’
4 days ago

Chow Mane – From The Soil
17 hours ago