Lionel Messi was recently in Gabon to lay the first stone of a new stadium, the Port-Gentil stadium which will host African Cup of Nations Matches in 2017. 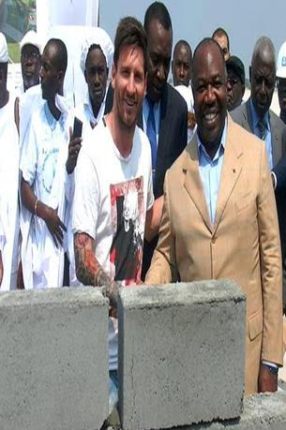